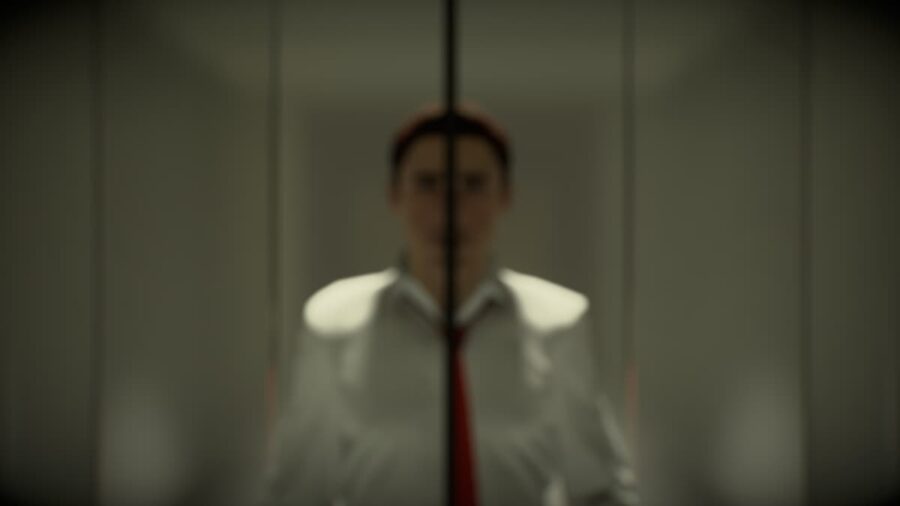 Twelve Minutes is a game in which a husband, his wife, and a murderous cop are all trapped in a time loop. The player controls the husband and it is up to the player to figure out how to help the husband, the protagonist, escape the time loop. There are six possible endings to Twelve Minutes with some taking you to the credits, while others will not.

The protagonist will confess to his wife and tell her that he is the one that killed her father. He says he wishes he could go back and fix things. The wife gets angry and confused and at first, thinks it is a joke so he tells her what her Father's office looked like. The protagonist then tells her that a cop (under the impression that she killed her father) is coming to arrest her, but that he will confess instead. She agrees to wait and sits on the couch crying. The protagonist then calls the cop's daughter and tells her to tell her father that the wife is innocent and that it was him who killed the father.

Related: How to talk to the cop in Twelve Minutes

After a few seconds, there is a gunshot. The cop returns and asks if the protagonist for a phone. The cop explains that he needs to call 911 and tell them that the protagonist's wife committed suicide. After completing the call, the cop tells him that he's lucky he gets a second chance and to do better next time. Then the cop leaves, leaving the protagonist with the body of his wife.

The wife greets the protagonist, telling him that she has prepared dessert. He grabs her cell phone and calls Bumblebee, the cop's daughter. He explains to Bumblebee that her father, who is going to kill the protagonist and his wife, plans to steal the pocket watch and sell it, all to pay for Bumblebee's treatment. She agrees to call her father and talk to him.

Then the protagonist tells his wife that he is ready for dessert. Over dessert, she tells him that she is pregnant and they are having a baby. He expresses excitement and they dance. Meanwhile, the cop has a conversation with Bumblebee and tells her he would never hurt somebody to pay for her treatment. He agrees to come over right away. As the protagonist and his wife dance, they confess their love for one another. This conversation leads them to the bedroom and to the bed where they begin kissing. The wife asks the protagonist to hold her and they cuddle.

The wife goes into the bathroom and shuts the door. The protagonist can hear her opening the ventilation grate to retrieve the pocket watch. When she exits the bathroom, she tells him that she has to tell him something. She says that she can't tell him here and the two leave the apartment.

All Voice Actors in Twelve Minutes

How to restart the time loop in Twelve Minutes

How to talk to the cop in Twelve Minutes

How to get Bumblebee’s phone number in Twelve Minutes