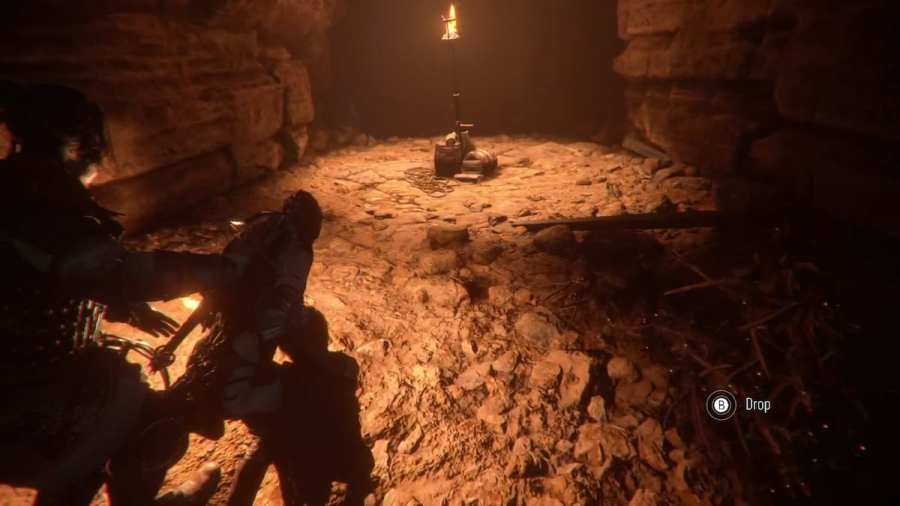 How to save Arnaud in Plague Tale Requiem

To open a way for Arnaud in Chapter 7 of Plague Tale: Requiem is not straightforward. Requiem tells you what to do but doesn't show you, which leads to confusion. Arnaud needs saving once he falls into the rat's nest after sidling along the wall. You need to use Episanguis and your crossbow to save him.

Related: How to rescue the goat Tramontane in Chapter 9 of Plague Tale Requiem

The second he falls, you need to immediately Ignifer the light source next to him, keeping the rats at bay for the time being. Hugo will then point out the yellow crystals, Episanguis, and Arnaud will throw one to you when you hold shift and press E on PC or LB/L1 and then press Triangle/Y on the controller. With the Episanguis in hand, you can now craft, Odoris, which attracts rats. Select Odoris with the sling, and aim at the location below to complete the first step.

Arnaud will then run to his right and up to an area with a crank. Ask him to use the crank to elevate some wood attached to a chain in front of you. Here you must use your crossbow, fire an Odoris bolt at the wood, and immediately tell Arnaud to stop holding the crank. Now run to the left. Do not use an Ignifer bolt and then Tar because it will not work.

Once a way has opened for Arnaud, and he is saved, use an Ignifer bolt on his shield and follow the path up to relative safety.