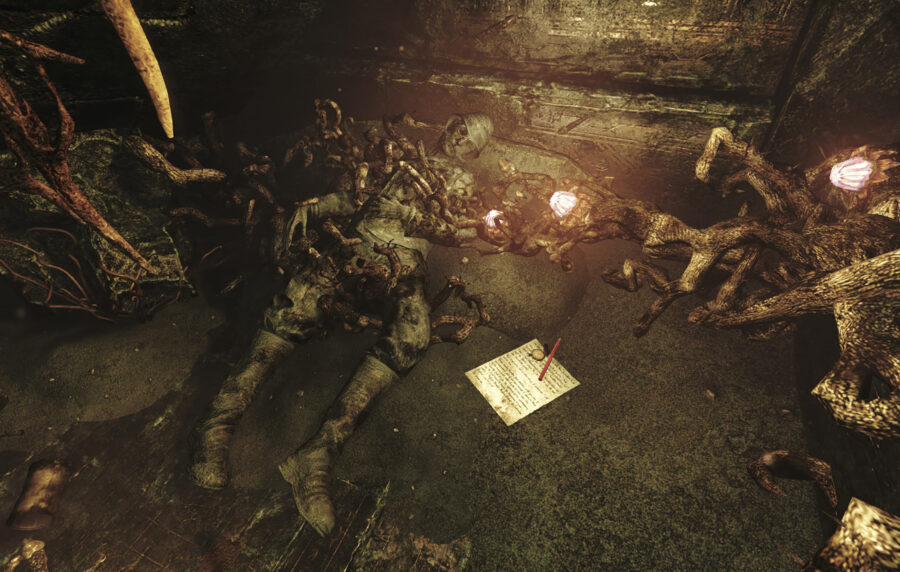 Frictional Games have always created games with multiple endings, as this encourages replay value, and because the titles aren't overly long, this strengthens the replayability factor further. Besides, there is only so much horror a person can take before their sanity begins to wain, so taking a break between the endings is probably a good shout! So how many endings does Amnesia: Rebirth have?

This guide will contain heavy spoilers of the multiple endings to Amnesia: Rebirth!

The ending can be decided in the game's final encounter, and by doing certain things will unlock which ending you will receive. Each ending can be achieved on the same playthrough, but this may lessen the experience for some, but it saves three separate playthroughs of the game; however, playing three times is truly worth it. Once one ending has been seen, just load up a checkpoint, one of your final ones, and follow the guide on how to unlock another one!

Out of the three endings, there is a Good ending, a Neutral/Secret Ending, and a Bad Ending. We'll explain how to get each one.

For the Good Ending to occur, you have to take the child out of the cot and head towards the exit. While on your way, also pick up the vitae, as this powers the doors. Once you're back in the main area, the Empress will be distraught and attack you with a blast.

From here on in, you have to be stealthy. You have to navigate around the Empress while not being spotted; if you are, you'll get another blast. Make your way towards the door you entered this area from, and use the vitae and place it into the portal, press the button, and a cutscene will play. Congratulations!

Oddly enough, this ending is the hardest one to achieve.

Follow the steps of the good ending, so take the child, get the vitae, navigate back to the main area, make the Empress angry again. From here, it differs - in the main room, instead of going towards the portal, head towards one of the tunnels around the outside of the room. Use the vitae on the lock close to the door, and enter this new room.

Pop into your inventory and refill your injector with fluid you used back in The Factory. The fluid you used to explode all of the pods, which caused that red flesh to appear. Now inject that fluid into the controls.

Repeat this twice more, in the other tunnels branching off from the main room. Once this is done, The Tower will be immersed in the red flesh; the Empress will die, shortly followed by you and the child. A cutscene will play, showing everything become consumed by this red flesh.

Of course, the Bad Ending is the easiest one to accomplish.

Go up to the child, pick them up, then place them immediately back into the cot. Walk back into the main area without the child this time, and the Empress will convert you into a scavenger, with the child completely under her control. A cutscene will then play out.

Amnesia: Rebirth – How to blow up the fort door

Amnesia: Rebirth – How to get the radio

Amnesia: Rebirth – How to solve the Cistern Crank Puzzle

Amnesia: Rebirth – How long to beat

Amnesia: Rebirth – How to manage fear

Amnesia: Rebirth – How to save