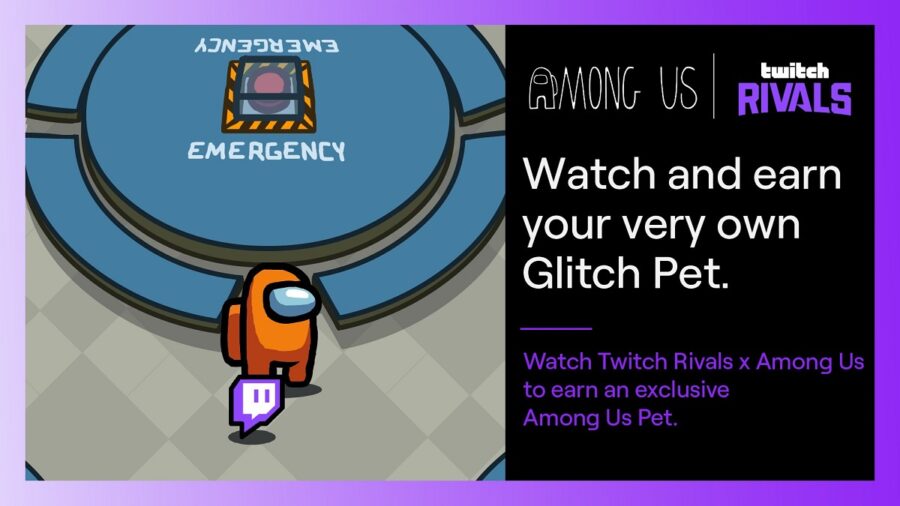 Everyone wants new cosmetics for Among Us; well, if you watch 30 minutes of Twitch Rivals, you can claim a new pet for use in-game. This is the first item that is not unlocked automatically through Among Us, so it is a bit more complicated to unlock. Here's our guide telling you how!

How to Get Twitch Glitch Pet

To get the Twitch Glitch Pet in Among Us, you need to watch 30 minutes+ of Twitch Rivals Among Us Showdown show between December 4 and December 18. After the acquired watch time is completed, all you have to do is hit the Claim button in the Drops inventory to obtain the Twitch Glitch Pet.

The link to watch the Twitch Rivals Among Us Showdown show is here; watch 30 mins or more if you enjoy it to be able to claim the pet. Though the next step, you have to jump through hoops actually to claim the pet.

You have to link your Among Us and Twitch accounts. To do this, open up Among Us, and click the cog at the bottom of the screen to open up the options menu. Next, click on the Data tab, then in the bottom right of the screen, there is a Twitch Glitch Logo; click on that. This will open up your web browser, where you can authorize the linkage of the two accounts. Click Authorize on the bottom for it to be completed.

If you still have your Among Us open, Success! will appear on the screen when you go back to the game! To let you know that the link between the two accounts has been successful. 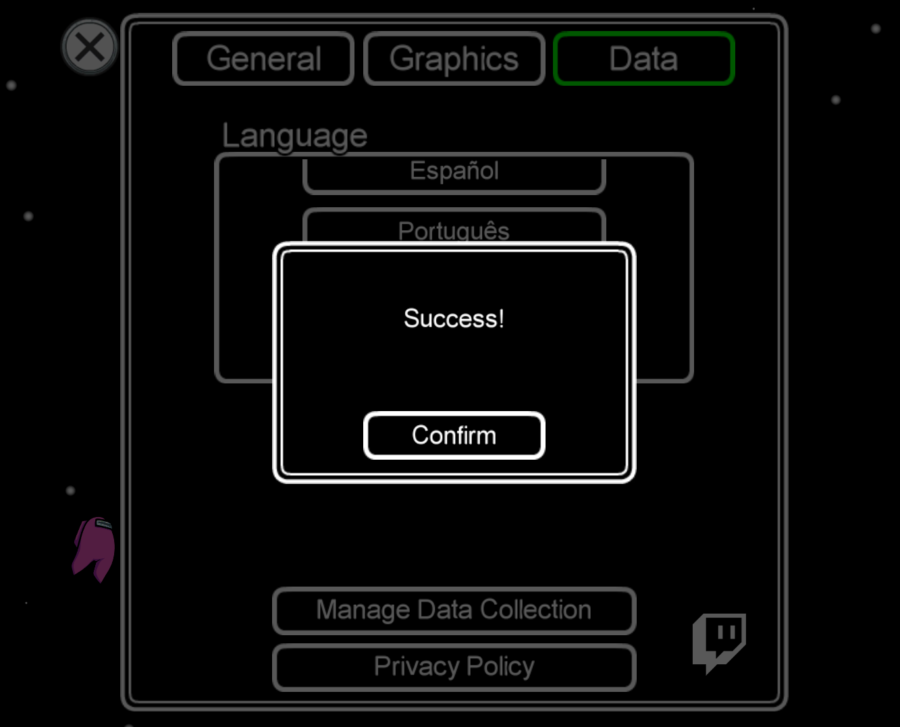 Do not worry if the Twitch Glitch Pet is not in your inventory straight away. It will take some time to appear, and the event doesn't end until December 18, so it might not appear until then!

To link accounts, you must have the latest update of Among Us, where you can follow this How to Update Among Us on PC guide to tell you how to do this.

If playing on Mobile, visit Google Play Store or the App Store and check for updates. However, the latest update has not yet gone to the Mobile version of Among Us, so players who play on Mobile might have to wait a bit longer to be able to link accounts.

Recently Among Us released a new update that added colorblind accessibility options, and they have a new map being shown at The Game Awards on December 10.

Among Us: How to Update on PC

How to Fix the Disconnected From Server Error in Among Us

How to fix Among Us “Matchmaker is Full” Error

Among Us: How to check Server Status