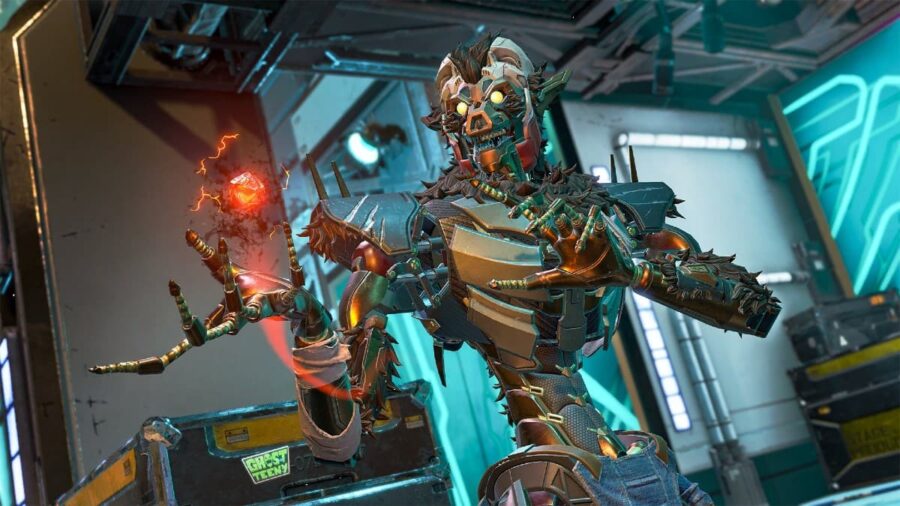 The Apex Legends Evolution Event is currently live, featuring a new Rampart Arenas Takeover, new cosmetics, and some changes to gameplay. However, players can already get a taste of what the next event could be. Reliable Apex Legends dataminer "Shrugtal" revealed details about the next event, titled "Monsters Within," expected to release on October 12 and run for three weeks.

Shrugtal shared the expected prize tracker with a short video that reveals the free prizes for the event, including Crafting Metals, Battle Pass levels, Apex packs, and a "Victorian Vixen" epic Loba skin. The prize tracker appears to go up to 3,000 points, but the video shows two different prize trackers, so it is possible there are multiple rewards to earn at each point tier. It is currently not known if the other cosmetics will be available to purchase with either Apex Coins or Crafting Metals, but some of the previous collection events featured skins that could be purchased with both.

The Monsters Within Event features a number of creepy monster-themed skins. So far, Shrugtal has revealed four epic skins for Gibraltar, Horizon, Valkyrie, and Wraith. The four Legendary skins that are expected to release with the event are for Bloodhound, Caustic, Seer, and Revenant. The Monsters Within Event is also expected to feature four Legendary weapon skins based on the Legendary character skins. Four unique Banner Frames that resemble retro horror movie posters have also been revealed.

Although it has not been confirmed to be in the Monsters Within Event, a new Heirloom has been leaked that could appear in the event. The last few collection events have featured an unlockable Heirloom set, so it is possible that the Monsters Within Event will also have one. The leaked Heirloom is expected to be for Wattson and looks like a small electric device that may have an animated LED screen on it. Given the Heirloom is not a complete design, it's possible that it won't be released until some time after the event.