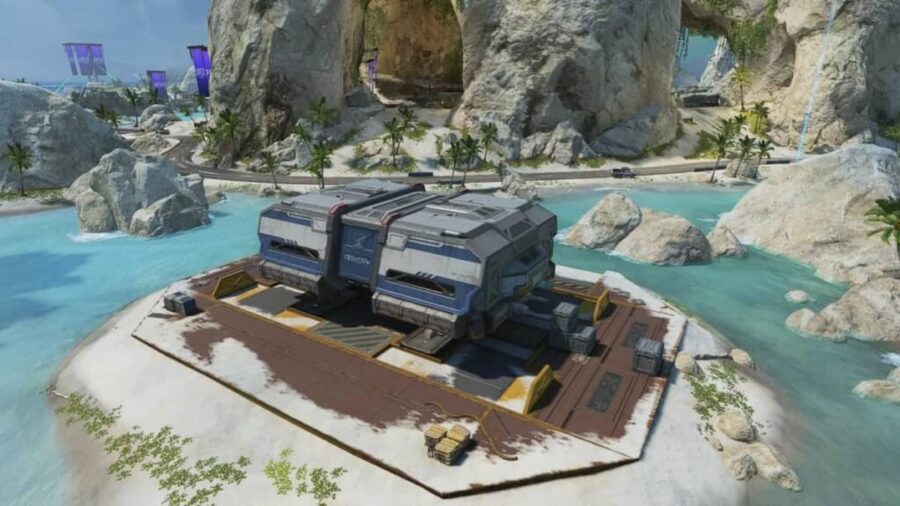 IMC Armories were introduced in Apex Legends Season 13 and are designed to give players the best possible loot options after successfully eliminating waves of Spectres. Eliminating the robots quickly will yield better loot in smart crates, but teams are always vulnerable to being third-partied inside these cages. Here are a few tips and tricks players should use to take down opponent squads easily.

The IMC Armory gates close when a player triggers the computer inside. If an opposing team is fighting Spectres inside, it's ideal to secure a vantage point to shoot from that oversees the IMC Armory. Earlier, players could position on top of the IMC Armory with Legends abilities. However, after the recent changes, players must strategically position themselves elsewhere to third-party teams coming out of IMC Armories. You can use various abilities to track opponents and attack them as soon as they land.

How to track enemies escaping IMC Armories in Apex Legends

Camping outside IMC Armories will not only allow your team to farm easy eliminations but also get high-tier loot. All you have to do is track the opponents coming out of this location and preemptively shoot them. Players can expect opponents to use the jump pad inside these IMC Armories to fly away. To counter this mechanic, you will need Legends like Gibraltar, Pathfinder, Octane, Ash, Valkyrie, Horizon, and Mad Maggie. If you have a Valkyrie on your team, then it's easy to pursue opponents by simply using the Legend's ultimate ability.

Similarly, if you are playing Gibraltar or Horizon, it's ideal to use their ultimates at the location where the opponents will land. This will give them less time to react, and teams can essentially take advantage of this mechanic. Spamming abilities when the IMC Armory opens up will not work anymore, which means players have to be more decisive with their utility. Remember, the fight inside the Armory lasts for 60 seconds, so it's best to sneakily execute third-party plans.

Can you place Tridents on top of IMC Armory in Apex Legends?

Earlier, there was a method where players could trap enemies inside IMC Armories by placing a Trident on top of the jump pad exit. Unfortunately, this was patched, but Tridents are still a viable option to catch opponents coming out of the IMC Armories. Teams without mobility Legends like Valkyrie, Pathfinder, Octane, or Horizon can use Tridents to chase opponents getting out of these Armories. All you have to do is follow the opponent's dive trails and drive toward their drop location.

You can pre-fire abilities and grenades before the opponents land to get a better chance of knocking them down without engaging in combat. We have tried this trick several times in ranked battle royale, and it works perfectly as long as players can track opponents coming out of the IMC Armory. This method allows players to get smart loot without defeating waves of Spectres themselves.

Wondering how to get the best loot from IMC Armories? Check out How the IMC Armory Spectre battles and rewards work in Apex Legends on Pro Game Guides.

How to trap opponents in IMC Armories in Apex Legends