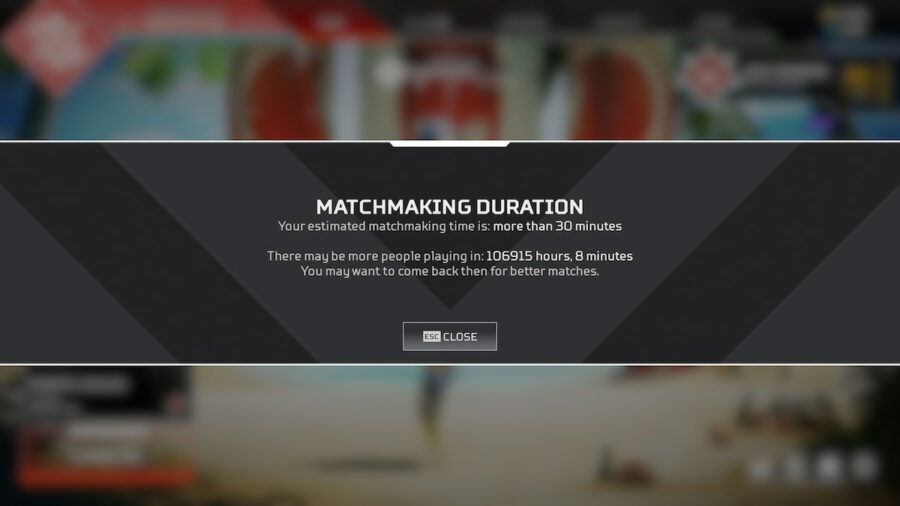 Apex Legends doesn’t shy away from banning cheaters and exploiters. Yesterday, however, a lot of innocent players got caught in the crossfire. Easy Anti-Cheat, Apex Legends' anti-cheat software, is an anti-cheat software that doesn’t have deep access to a player’s computer. That said, it is not without its faults. Due to an error with the anti-cheat, many Apex Legends players on Jan. 13 received a ban notice by accident.

It can be scary to receive a ban message in a game you enjoy. For some players, they were unable to queue during the time of this glitch. Other players received the matchmaking ban error every time they tried to queue up but were still able to normally get into games after closing the warning message.

Luckily, today, the source of the error was discovered within Easy Anti-Cheat, and all of the false positive bans and ban messages have been reversed and removed. All of the players who were affected should now have no strikes or bad standing on their account, as the ban was entirely a mistake resulting from a glitch and not a reflection on their in-game behavior.

For more Apex Legends content, check out All nerfs to the Rampage LMG upon its return to Apex Legends on Pro Game Guides.

All weapon skins in the Dark Depths Event for Apex Legends

Is there a PS5 version of Apex Legends?