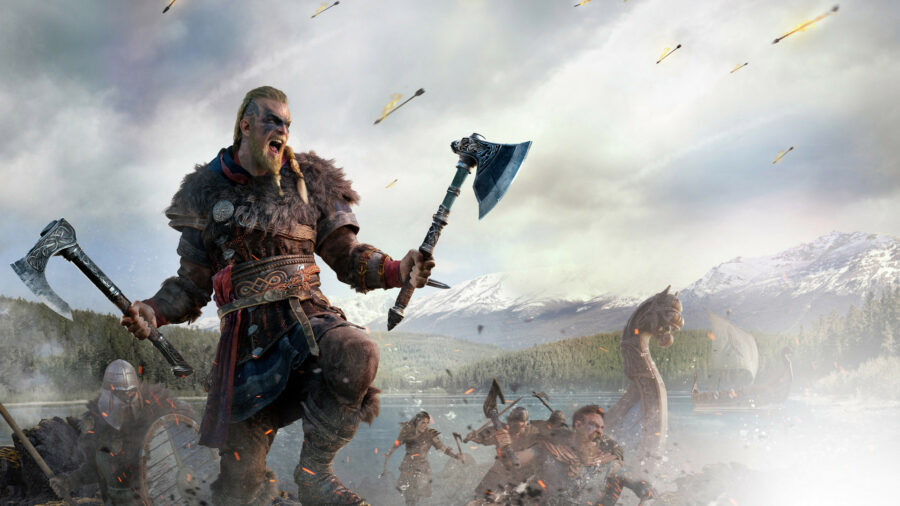 Finding items for people have always been the norm in Assassin's Creed! It feels like a mini MMO with all the fetch quests you have to do, but alas, it's fun as you can explore the country of England while killing and slaying! Though in the DLC quest Way of the Berserker, it's certainly unique.

To find Nightshade in Assassin's Creed: Valhalla, you must look in graveyards in East Anglia; however, the fastest place to locate it is by traveling to Edmond's Hope, as there's a graveyard in close proximity. Though once you get there, preferably by fast traveling, use your Raven to find the graveyard and the location of the Nightshade.

Bjorn asks you to acquire Nightshade by in the Way of the Berserker DLC quest. This plant is a green plant that can be acquired by interacting with it like any other food or plant-based object. It grows in graveyards/cemeteries, so always be on the lookout for Churches in East Anglia, but Edmond's Hope is by far the quickest method of finding Nightshade.

Once you appear at Edmond's Hope, use the Raven to find the nearby Church. It's in close walking distance, so no need to even summon your mount. Enter the graveyard, and you'll find some Nightshade quickly, with no problems at all.

After collecting the Nightshade for Bjorn, a series of events happen that leads to a raid with Bjorn, though many people are having trouble getting him to leave once the raid is finished. If you are having this issue, you have to make sure that every single enemy is dead in the vicinity, as we mean every single one!

If you are strapped for money, fishing is a good way to earn it, not as good as raiding, which earns you supplies on top! Fishing is also an emergency way to heal if there are no berry bushes around you.