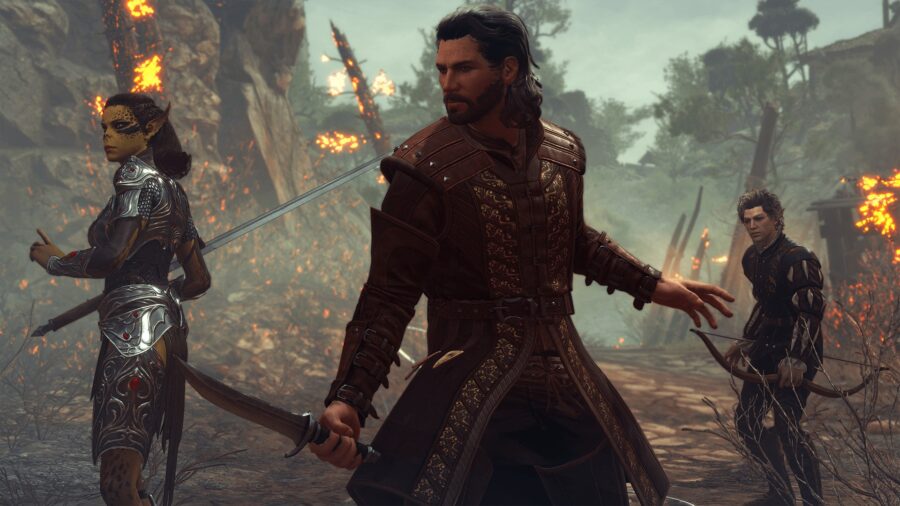 Baldur's Gate 3 is finally in early access, so PC players can use a number of clients to play, such as Steam, GOG, and Google Stadia. However, as the title is in early access, it will be prone to a lot of bug fixes and updates. Already some players are having issues with the multiplayer, and are experiencing crashes within the game.

Larian Studios are already in the works of creating a hotfix for the issues being addressed. Still, they have offered advice on some workarounds that you can try to see if they will alleviate the problems for the time being.

Here's a look at some of the things you can try:

For the time being, we can offer the following workarounds:

For now, we suggest switching the game to DX11 instead of Vulkan. You can do so by clicking on the icon next to ‘play game’ on the launcher, and selecting DX11 mode.

Leaving the tutorial level by activating the transponder at the helm while the player character is downed in combat will crash the game.

In multiplayer, avoid saving the game during cinematics for the time being. Also, in multiplayer avoid listening in to a conversation in COOP that has ended.

The game has just only been released, so bugs are, of course, going to be persistent, because what game is perfect on launch day? Credit to Larian Studios for instantly addressing the situation and giving tips to relieve problems. Even though Baldur's Gate has only Act 1 in the story, Act 1 alone, still has an impressive 20 hours in length.

If you are interested in giving Baldur's Gate 3 a go, why not see what companions you can recruit, as you have a choice of 5 characters to choose from on your journey through the game.

Baldur’s Gate 3: Who are the Companions?