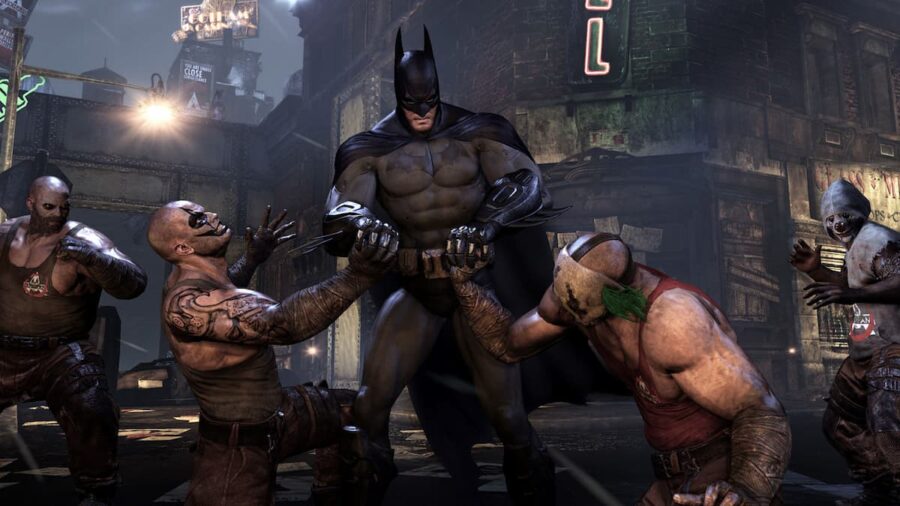 The Batman: Arkham games are some of the best action-adventure games, but in what order should you play them? The games star the infamous DC Superhero as he protects his hometown of Gotham from the world's most dangerous supervillains. The series starts small before working its way up. The first game occurred entirely in a mental institute called Arkham Asylum, while the Arkham Knight took place in a deserted area of Gotham City.

If you're new to the franchise, it's best to start in the order in which games release. Even though the games weren't released in chronological order, it's best to work your way from the small-scale action of the first game to the more open sequels.

We believe it's best to start by order of development and work your way up from there. Here's how to play the Batman: Arkham games in release order.

Batman: Arkham Asylum is about Batman being trapped in the titular Arkham Asylum mental institute while escorting the Joker. Arkham Asylum is the game that started it all and has many iconic moments like escaping from Killer Croc in his cell and the Scarecrow boss fights. The game is the most linear out of all the Arkham games and has a relatively small setting. Nevertheless, Arkham Asylum is full of easter eggs and plenty to explore.

After the first game, Arkham Asylum expands to incorporate a small corner of Gotham. Patients of the Asylum can wander about and do anything. Batman infiltrates "Arkham City" to stop the nefarious Dr. Hugo Strange and the Joker again. Arkham City is a more polished version of Asylum but with a larger sandbox. It's more ambitious than the first game and has a memorable ending that has stuck with fans since it came out in 2011.

Blackgate is a spin-off and takes place three months after the events of Origins. Whereas most of the Arkham franchise are action-adventure games with a lot of exploration, Blackgate is a sidescrolling game originally released for the Nintendo 3DS and PlayStation Vita handheld consoles. Blackgate would later be ported to home consoles like the PlayStation 4 and Xbox One.

In the final game of the Arkham Trilogy, Arkham Knight's story is about a portion of Gotham City being closed off from the rest of the world because of infection of the Scarecrow's fear gas. Batman aims to stop Scarecrow while also dealing with the supervillain's new accomplice, the titular Arkham Knight, and the hallucinations of the Joker. Arkham Knight has the biggest world for you to explore. Unfortunately, the game is overreliant on the new Batmobile, which is required throughout the game. The Batmobile stuff gets repetitive, which makes Arkham Knight one of the less popular games in the franchise.

Arkham VR was released on the PlayStation VR headset in 2016 and received mixed reviews. The game plays the same as the mainline Arkham games, yet now in-first person. If you're a big fan of VR, then this title may be worth getting.

There are also mobile Arkham titles like Arkham City Lockdown and Arkham Underworld for you to try out. The mobile games aren't important to the mainline games and could be skipped unless you love mobile titles.

How to play all Batman Arkham games in order