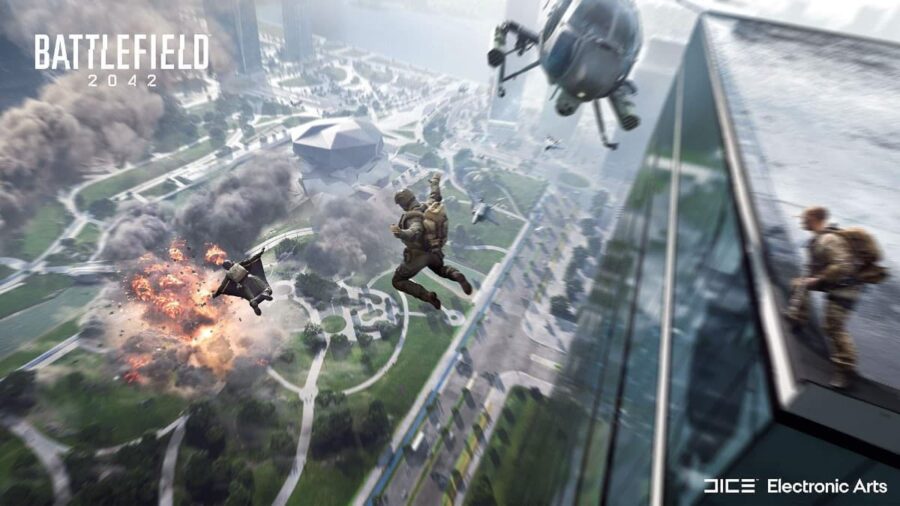 Hazard Zone is a brand-new game mode in the Battlefield franchise. The game mode features squad-based combat with various objectives to complete while fighting off AI soldiers and other squads. Battlefield 2042 developer DICE has kept details about the mode a secret and is even not available in the open beta.

DICE has indicated that Hazard Zone will be much different than many FPS multiplayer modes. However, since Hazard Zone includes AI soldiers, squads, and objectives, the mode may be similar to Escape From Tarkov or Hunt: The Showdown.

Related: How to add attachments in Battlefield 2042

While not available in the beta, Hazard Zone can be seen in the lobby screen along with All-Out Warfare. Upon release, players will be able to select the game mode, squad up, choose their loadout, and complete objectives with one life. Although not officially confirmed, a leak indicates that Hazard Zone will host up to 100 players and will be free-to-play, much like Call of Duty: Warzone.

Hazard Zone will combine objective-based gameplay with the dynamic warfare of Battlefield. This means that during matches, players may meet other challenges besides humans that could include weather events, collapsing buildings, or changing environments. DICE stated that the mode will occur on other Battlefield 2042 maps like Orbital, but will not be a battle royale.

More information about the game mode may release before the game's full release on November 19th. Since DICE has kept the game mode a mystery, there may be minimal information given out. Players will be able to drop into Hazard Zone as soon as the game releases, but time will tell if it is free-to-play or not.

Why is there no scoreboard in Battlefield 2042?

All Game Modes in Battlefield 2042

How to level up fast in Battlefield 2042?

Who is the best Support Specialist in Battlefield 2042