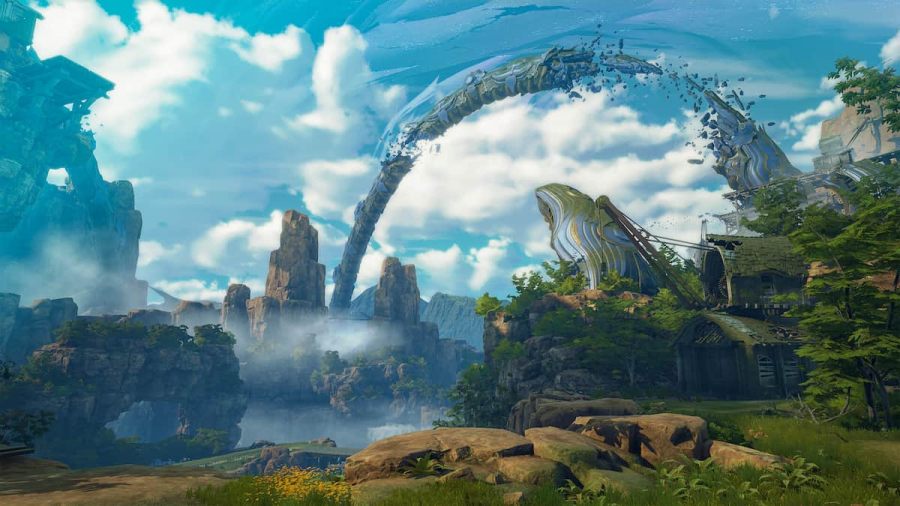 Blue Protocol is an upcoming action RPG MMO that features a gorgeous anime world. On top of this, the combat and gameplay look fantastic and fast-paced, yet one thing is noticeably absent from the footage we've seen so far—climbing.

Gematsu uploaded a 10-minute trailer showcasing combat, mounts, customization, and more. But there was not a single second of climbing the beautiful world of Blue Protocol, and fans noticed, ourselves included. Climbing has become almost a must in open-world games after The Legend of Zelda: Breath of the Wild released, a title allowing you to climb almost everything you see.

Climbing may seem like a small feature to nitpick, but it opens up a world so much. With Blue Protocol's breathtaking environments, it would be a shame not to be able to climb its mountains and explore every nook and cranny. Fans have taken to Reddit to ask about this, but no answer is in sight now.

That being said, we haven't seen much of Blue Protocol, so this fan-favorite feature may be in the game, and we just haven't seen it yet. Follow the official Blue Protocol Twitter to stay up to date on the title and, hopefully, learn about climbing.

For more information on Blue Protocol, check out Is Blue Protocol a Gacha Game? and Fans question strange mount animation in Blue Protocol; turns out the mount is not what it seems on Pro Game Guides.