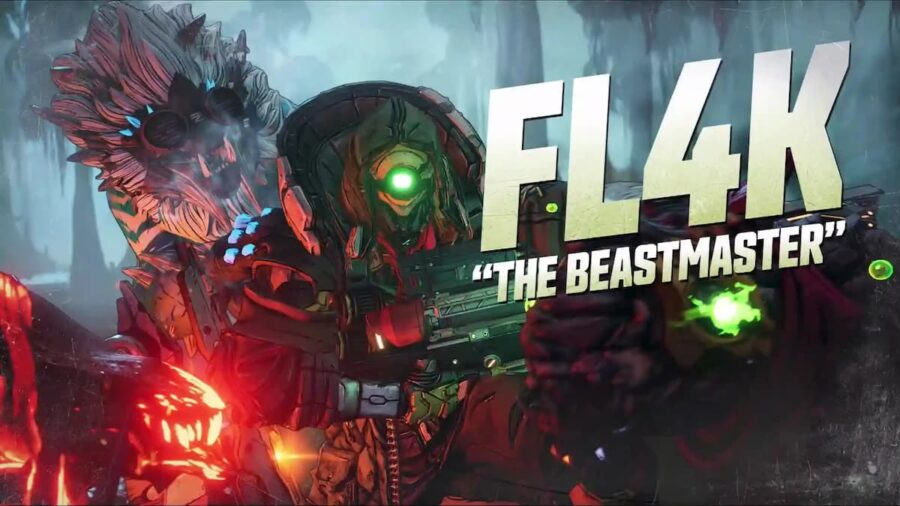 Our Borderlands 3 FL4K Leveling Build Guide features a complete step-by-step leveling guide, mainly focusing on your output of critical damage and aggro relief while keeping the early progression exciting and powerful. By the end of this build, you'll be using the action skill Fade Away in conjunction with many of the skills that amplify critical damage.

Fl4k is a very viable option for solo play! With a selection from three trustworthy companions (Skag, Jabber, Spiderant, or Loader Bot), a constant pet by your side will lessen the aggro from large groups of enemies, taking most of the pressure off of you.

FL4K is also one of the most glass cannon characters in the game. If you are playing out build then one of the most important aspects is making sure to have your Fade Away skill up at all times.

Although this build heavily leans on offensive skills, few of Fl4k's skills in this build compensate for the lack of survival with tons of HP regeneration and aggro relief. When facing a troubling enemy, just use Fade Away and hold down the trigger. After using your action skill, you'll be able to regain it in no time with cooldown reduction skills.

The following is the full build you will end up with, but it isn't how you should level it up initially. We've got a step-by-step guide below that features what skills you should have as you level your character!

Related: What is the Max Level in Borderlands 3?

I will show you the complete build focused on Fade Away action skill and makes for a great solo build that can solo the entire content with the right equipment.

First of all, the most important thing is to play however you want. As long as you are having fun, you are doing it right, but if you want to get some inspiration and follow some pointers on where to put your Skill Points first, let's crack on with the early game of this specific FL4K build.

In the early game, enemies are not that big of a challenge. You can easily focus on pure damage dealing skills. FL4K has a lot of V1 damage skills (these are multiplicative damage bonuses). You can do well starting with the Green Stalker Tree to get your Fade Away action skill rolling. For the entire first and second playthrough, just pick up a pet that fits you. Every single one is useful; they just give different bonuses. Our go-to pet will be covered in the End Game section down below.

Then put some points into:

The next stage is probably near the end of your first playthrough as this character. You will focus on picking up the Capstone of the Stalker Skill Tree and start putting your points into the Hunter Skill Tree for some much-needed utility and additional damage boosts, including another V1 damage boost.

Next in line is our second playthrough called True Vault Hunter Mode. At the beginning of your normal playthrough, you should be around level 40, depending on how much you farm or how many side quests you finish. This time we will focus on maxing out our second Skill Tree, currently the Hunter Skill Tree. FL4K is all about his Hunter Kill Skills, which are the main focus of this tree, especially with the Big Game skill in play that enhances everything around it.

The remaining 18 skill points can be distributed however you want.

To fit this build, I made some adjustments to put out the highest damage possible. I utilized some mechanics from blue Master Skill Tree with some great V1 damage boosts and the newest purple Trapper Skill Tree to get some more utility in reload speed.

The most interesting mechanic here is that we are using one skill (He Bites!) to proc another skill (Frenzy). Enemies that will target our pet will grant us a lot of additional damage.

Last but not least, I wanted to write some of the best weapons, class mods, grenades, etc., that fit this specific build and will definitely help you out along the way.