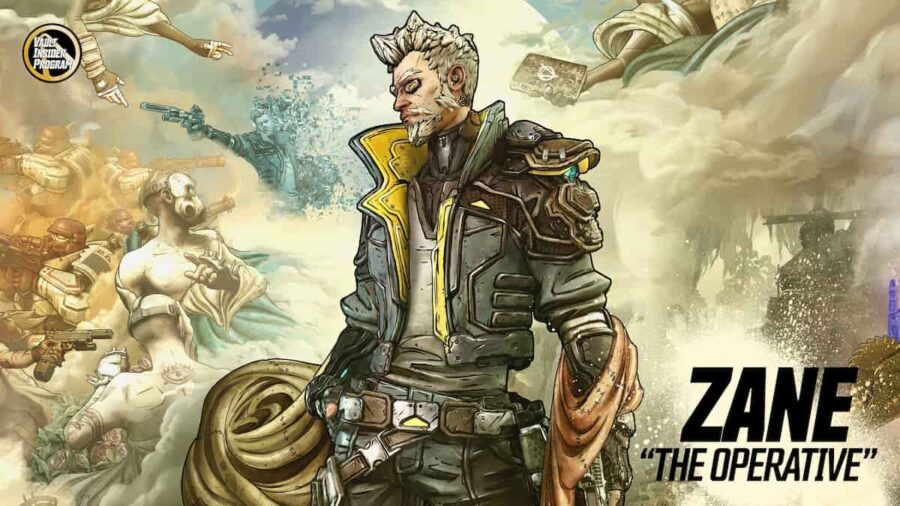 Our Borderlands 3 Zane Leveling Build Guide features a complete step-by-step leveling guide, focusing on acting skills and defense while constantly freezing enemies. Zane is the only vault hunter capable of equipping two action skills at once, but for the price of throwing grenades. As a tech expert, you will be misdirecting enemies with Digi-Clone, covering your six with a drone, or creating a barrier to protect your friends.

Zane is one of the strongest Vault Hunters in the entire Borderlands Franchise. He has a lot of Gun Damage bonuses that allow him to use almost every weapon to be efficient.

Note: The most important thing is to play however you want. As long as you are having fun, you are doing it right, but if you want to get some inspiration and follow some pointers on where to put your Skill Points, this guide is for you.

We will show you the complete build focused on Zane's damage output that his Action Skills will support. It is not the most original build but the most versatile one. You can use any piece of gear with this one and make it work.

Like in many other looter-shooter games, early game is not the biggest challenge but also gives you limited options for the number of skill points at your disposal. Our main focus should be the best damage-increasing skills since survivability will not be an issue this early into the game. Zane has a lot of skills that are focused on Gun Damage and Movement Speed. I recommend starting with Zane's blue skill tree called Hitman.

In the next stage, you will focus on finishing up the blue tree and picking up its capstone. Hitman is Zane's most important skill tree, and almost every build you can make relies in some way on his kill skills, which are buffed directly by this skill tree. It helps tremendously in the entire game, but especially on higher Mayhem levels with increased scaling of some skills.

Now we just want some more versatility. When fighting against more formidable enemies, we might want to use various Splash Damage weapons in the game. It might backfire in self-damage. However, there is a way to gain immunity to your own damage.

The most important part here is that 1 point into the Duct Tape Mod. We do not need that grenade shot chance at all, but it also gives us immunity from our own Splash Damage. Only 1 point is enough to give us that passive. You do not have to worry about shooting a Rocket Launcher into the wall and going into Fight for Your Life. You will be immune to your own damage (non-elemental). A DoT (Damage over Time) can still kill you.

The remaining 26 skill points we will distribute also to reach the capstone of the purple tree. It will give us a lot of survivability and damage needed for the higher Mayhem levels and end-game content.

To finish this build off, I tried to max out the damage output and survivability to be able to go through even the hardest challenges in the game without too much trouble. I want to make sure that you can activate all the necessary anointments without any trouble with your MNTIS Shoulder Cannon. Other than that, this build is pretty simple, just run, shoot and watch them die.