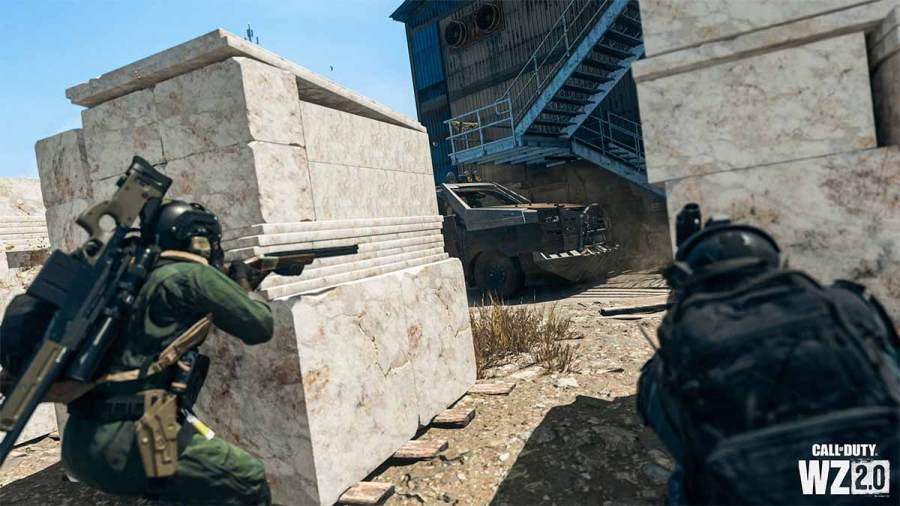 In Call of Duty: Warzone 2 DMZ, you can complete tasks such as Faction Missions and Contracts while exploring Al Mazrah. Extracting successfully is the key, however, coming back from the DMZ without collecting some valuables isn't worth it. You can complete various Contracts available on the map to receive rewards such as cash, XP, and other high-tier loot items.

All contracts that you can complete in DMZ

The contracts in DMZ are marked with a green cellphone/radio icon. The game currently features nine different contract types that you can complete by performing the assigned task.

The crosshair mark on the radio can identify this contract. Accepting this contract marks a high-value target near you that you have to eliminate to receive rewards. Several AQ Soldiers guard this HVT, so approach carefully. Also, make sure to check the items that he drops.

In this contract, you are asked to hunt and eliminate an enemy team of real players instead of bots. The symbol for this contract is a skull on the cellphone.

Designated with a bomb icon, this contract requires you to plant explosives at two marked sites, which will be heavily guarded.

After accepting this contract, you'll have to deliver cargo to a specified location. A duffle bag icon on the green radio identifies this contract. Upon activation, a ground vehicle will be marked for you to drive to the designated extraction point. Beware, as an enemy attack chopper will follow and fire missiles at you. You can take it out or dodge the missiles to reach the drop zone.

Related: How to capture a SAM Site in DMZ

Similar to the previous contract, you must deliver goods at the designated drop zone via a boat during the Ship Cargo contract. The icon for this contract is a duffle bag floating on water.

This contract is marked with a file with a question mark and requires you to climb a nearby communications tower and upload information through it.

Secure Nuclear Material is denoted with a hazard icon. Here, you'll first have to pick up a Geiger Counter from a marked cache and then locate a radioactive waste stash at two marked locations.

In this contract, you'll have to rescue a hostage from the designated location and then carry him to the exfiltration point marked on your map. These contracts can be found as the ones with handcuff symbols.

This contract has a safe on the cellphone as its icon. Accepting it marks a well-protected safe somewhere in a building guarded by AQ forces, most likely in a Stronghold. Kill the guards and crack open the safe for rewards.

Stay tuned to Pro Game Guides for more Call of Duty: Modern Warfare 2 and Warzone 2 content. In the meantime, head over to our article on How to complete the Radioactive Material contract in DMZ.

All contracts available in Warzone 2 DMZ