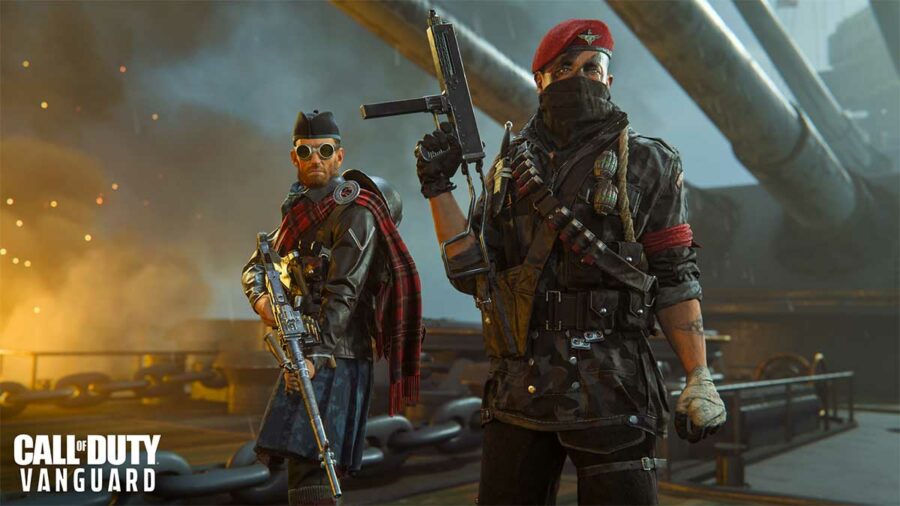 Call of Duty: Warzone & Vanguard Season 4 adds new operators, weapons, maps, and various other items to both games. While the majority of new content gets stale over time, one of the main additions that keeps players engaged longer are the new weapons that come along with an update.

The Season 4 'Mercenaries of Fortune' update introduces five new weapons from various categories within Call of Duty: Warzone and Vanguard:

Available at the launch of Season 4, the Marco 5 is a submachine gun with very fast mobility features and great effectiveness in close-quarters combat. As such, expect the SMG to have a high recoil and sub-par damage range. Best suited for players with an aggressive playstyle, this gun has great hipfire accuracy and the Akimbo perk option as well.

How to unlock Marco 5 SMG in Warzone & Vanguard

Players will unlock the Marco 5 SMG after reaching a certain tier in the Season 4 Battle Pass.

The high-fire-rate UGM-8 light machine gun will be available at the launch of Warzone & Vanguard Season 4. This LMG will boast faster mobility when compared to other guns in its weapon class. In Warzone, you can pair a long-range version of this gun with a close-range SMG for maximum effectiveness.

How to unlock UGM-8 LMG in Warzone & Vanguard

Players will unlock the Marco 5 SMG after reaching a specific tier in the Season 4 Battle Pass.

The Push Dagger is a treat for players who like to equip a melee weapon in their loadouts. Available during the Season 4 launch window, the weapon is perfect to take into up-close fights.

How to unlock the Push Dagger in Warzone & Vanguard

Players will be able to unlock the Push Dagger by purchasing a bundle containing the weapon blueprint from the store or by completing one of the following two challenges:

Available later during Season 4, Vargo-S is the older-generation version of the Vargo 52 assault rifle from Black Ops Cold War. The weapon has a fast fire rate, high accuracy, and fast reload speed, features that make this gun perfect for all ranges.

How to unlock Vargo-S AR in Warzone & Vanguard

Players can unlock the Vargo-S via an in-game challenge or by purchasing a store bundle.

Available exclusively in Call of Duty: Warzone, the EMP Grenade are a powerful tactical equipment to use in the Battle Royale modes. Upon detonation, it temporarily disables affected vehicles and scrambles enemy players' HUD information.

How to get the EMP Grenade in Warzone

The unlock criteria for the EMP Grenade is currently unknown. However, we can speculate that the tactical will be made available to all Warzone players on day one.

Stay tuned to Pro Game Guides for more Call of Duty and Warzone content. In the meantime, head over to our article on All new Maps and Modes coming with CoD Vanguard Season 4.

All new Weapons coming with Season 4 of CoD Warzone & Vanguard