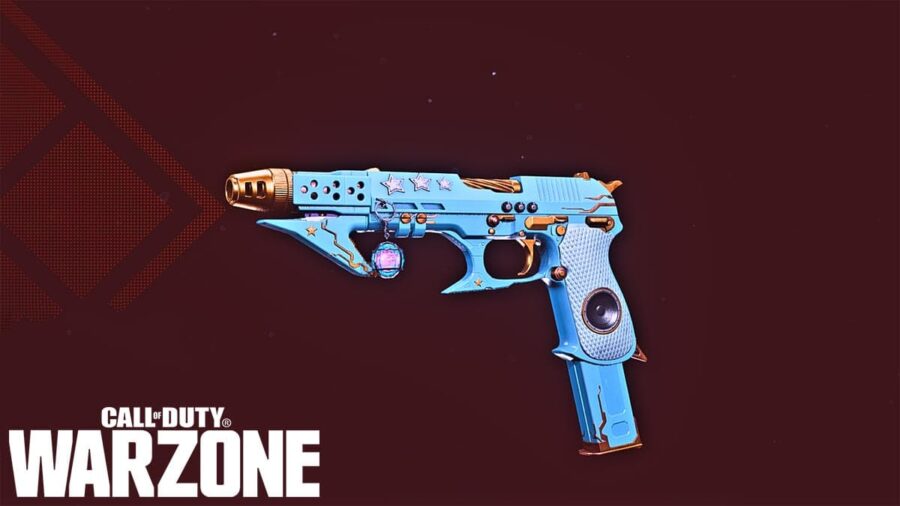 The Diamatti Pistol in Call of Duty: Warzone is a popular choice as a secondary weapon amongst players. Replacing the SMG in your Warzone loadout with this pistol lets you choose from a variety of perks instead of the usual Overkill. In this guide, you can have a detailed view of the Diamatti's best attachments and loadout for CoD Warzone.

But is the Diamatti still good? The answer is yes. Even after the nerf in Season 1, this burst handgun is still viable as a close-range weapon in Warzone. However, the Diamatti Akimbo build isn't that effective due to the nerf.

The Agency Suppressor is undoubtedly one of the most important and most used attachments in Warzone. It keeps you from showing on the minimap. Along with the Task Force Barrel, it increases the gun's damage range and bullet velocity at the cost of a minor penalty on aim down sight (ADS) speed.

Related: All Handguns, Launchers and Melee in Call of Duty: Vanguard

The Ember Sighting Point is meant to improve hip-fire accuracy as well as damage range. We should make sure to increase the range as much as we can. However, you can pick the 5mW Laser instead for an even tighter hip-fire spread, but you will not receive the damage range buff.

The 30 Round Mag will give you more bullets to play with. Finally, the Serpent Wrap is used to negate the ADS speed downgrades incurred from all the previous attachments. If you don't care about the ADS speed, you can replace the Rear Grip with the Reflex Optic for clearer vision.

The Diamatti handgun is a solid SMG replacement for Warzone, but the usual chest time to kill (TTK) is 684ms, significantly slower than other close-range options. However, adding a single headshot to the mix can drop the TTK down to 450ms, which makes it absurdly powerful. Also, keep in mind that this is a pistol and is most effective only within the 10-12 meters range.

Best Diamatti Class and Loadout in Call of Duty: Warzone