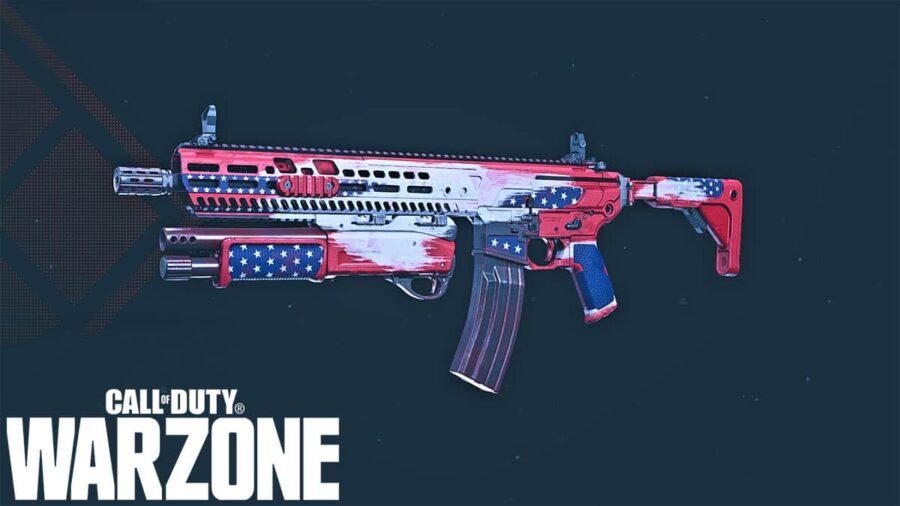 The M13 has always been one of the easiest to control weapons in Call of Duty: Warzone. It has minimal recoil, high fire rate and good range. However, the M13 was rarely used because of the extremely low damage output which made it a slow time to kill (TTK) weapon.

This has changed since the ongoing weapon balancing updates by Raven Software which has buffed the M13. Overall TTK in Warzone has dropped significantly, making the M13 a viable Assault Rifle (AR) in Warzone. Although it has a solid TTK of about 800ms, there are some other long-range weapons that can outperform the M13.

But what makes this gun truly viable is its great accuracy and control.

The Monolithic Suppressor provides sound suppression so that enemies cannot detect you on the minimap. Paired with the longest barrel i.e., Tempus Marksman, it also gives a necessary boost to the damage range and bullet velocity of the weapon. The barrel also helps dampen the recoil curve of the M13 AR.

These two attachments, however, do reduce the movement and aim down sight (ADS) speeds to some extent which is not that worrisome. VLK 3x is the most used optic for Modern Warfare long-range guns. But you can select another optic of your liking like the Cronen C480, Combat Scout, etc.

Operator Foregrip is recommended instead of Commando Foregrip—the former does a better job at reducing vertical and horizontal recoil. This M13 build, specifically, is designed for the greatest possible accuracy and control. But, the downside of the Operator Underbarrel is that it slightly hurts ADS speed.

Finally, the 60 Round Magazine feeds the high fire rate and ammunition-hungry M13. It hurts the movement and ADS speeds, but these downsides are acceptable.

You can pair this long-range best M13 Warzone loadout with an SMG or Shotgun of preference like the OTs 9, MP5, P90, Gallo, etc. You can even make a Ghost perk first loadout with the powerful Diamatti handgun as the secondary weapon. The recommended perks and equipment for this M13 class setup are the following:

Related: All Assault Rifles and attachments in Call of Duty: Vanguard

The M13 SMG build is a killer option for players who want to try something different. What makes a submachine gun is fast mobility and high rate of fire. The M13 SMG setup contains both, however, it can still be defeated by some powerful close-range SMGs.

This particular weapon build works best after 15 meter range, and makes a good sniper support weapon. The Tempus Cyclone barrel is the best attachment, working overtime as the muzzle and the barrel. It grants bullet velocity and damage range buff to the weapon, but ADS speed is negatively affected.

The 50 Round Mags (instead of the 60 Round ones) ensure lower reduction in ADS and movement speeds. Commando Foregrip is preferred for this build—instead of hurting ADS speed, it only affects mobility. The close range Reflex optic provides a clear sight picture, which you can't get from the iron sights of the M13.

The last and most crucial attachment is a competition between the Tac Laser and the No Stock. Both of these M13 attachments give a buff to ADS speed, however, No Stock greatly increases the movement speed. The choice is yours, but No Stock isn't recommended as it worsens the recoil control of the weapon.

This M13 SMG Warzone loadout can be rocked with a Sniper or Marksman Rifle such as Swiss K31, KAR98K, ZRG, etc. Keep in mind that the chest TTK of this weapon for close range is about 670ms, which is not the greatest within 15 meters of combat. The recommended perks and equipment for this M13 class setup are the following:

For more guides on Call of Duty: Warzone, check out COD: Warzone How to Get Cash – Best Ways to Get Money on Pro Game Guides.