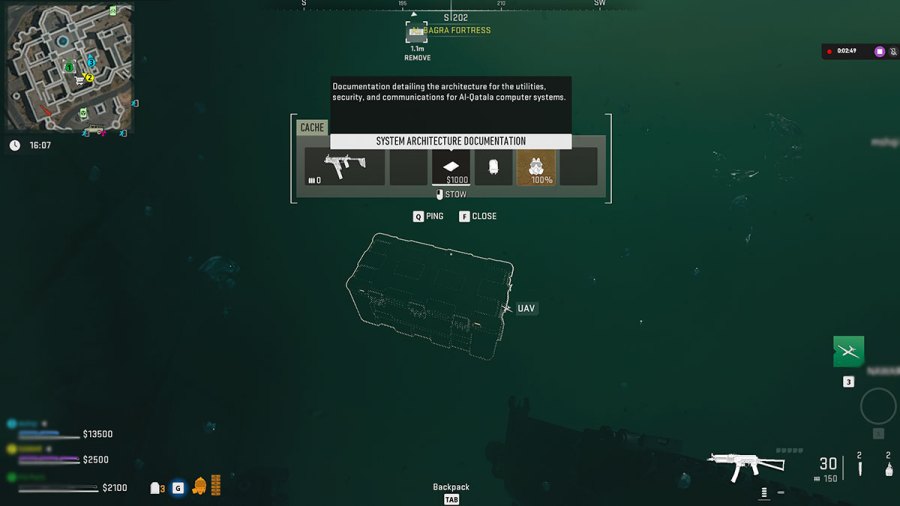 Breaking and Entering is the final mission for Tier 4 Black Mouse Faction in Call of Duty: Warzone 2 DMZ. The challenge requires you to infiltrate a locked tunnel system and extract information from there. Completing this mission unlocks the next tier in the Black Mous Faction and rewards you with an exclusive operator skin.

The Breaking and Entering mission is divided into the following three tasks:

Where is the sewer under Al Bagra Fortress

How to activate the security devices

You'll need to activate seven security devices in under four minutes for the second task in the Breaking and Entering mission. These are electrical boxes placed on the walls, as shown in the first image. Although the four-minute timer doesn't appear anywhere on the screen, it's safe to assume that the timer starts when you unlock the entrance to Al Bagra Underground.

We have marked the exact location of all the security devices with yellow dots in the second image. To activate a device, simply stand next to it and press the interact button. Furthermore, we recommend that you be fully kitted with good weapons, a three-plate vest, and self-revives, as you'll have to fight several level three armored guards inside the sewer. Once you've activated seven security devices within a given time, a supply chest will spawn inside the pool and be marked for your team. The green dot in the second image marks its spawn location

Related: How to complete the Poisoned Well mission in Warzone 2 DMZ

Where to collect the System Architecture Documentation from

Dive into the water pool and open the marked supply chest. There will be some valuable loot inside along with an item named System Architecture Documentation. You need to add this item to your backpack and extract it to complete the mission. If you think the exfil points are too hot, you can do a Rescue Hostage contract and exfil with the chopper without alerting other players.

The completion rewards for the final Tier 5 Black Mous mission, Breaking and Entering, are 30000 XP and the Relentless operator skin for Roze. The exclusive skin can be equipped from the operator customization menu in MW2 Multiplayer, Warzone 2, and DMZ.

Stay tuned to Pro Game Guides for more Call of Duty: Modern Warfare 2 and Warzone 2 content. In the meantime, head over to our article on CoD MW2 Raid Keys and How to Prepare for Raids.