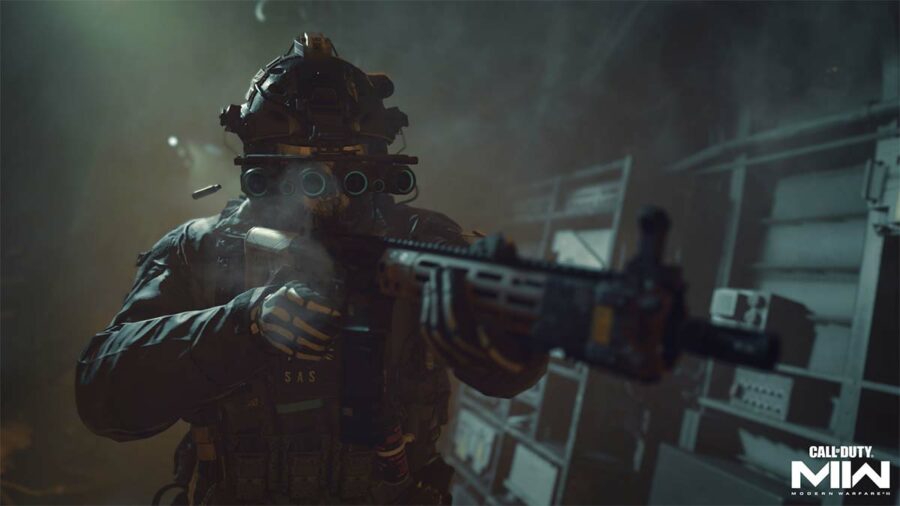 Call of Duty: Modern Warfare 2 arrives Oct. 28 with a variety of game modes, maps, and weapons. Before the game's Multiplayer beta test, the developers dropped information on the upcoming maps. In addition to the previously teased Marina Bay Grand Prix map, the beta will feature a new map called Farm 18.

While discussing the new map's style and development process, Infinity Ward showcased the first raw gameplay footage from the upcoming Call of Duty premium title. Although not much is disclosed in the intel drop, you can see an operator wielding the classic M4A1 Assault Rifle while he explores the map.

This video is interesting because the operator fires their weapon for a seconds at the end. From the looks of it, the recoil seems to be more than what the current Call of Duty games have, and this has many players debating.

Related: How to sign up for Call of Duty Modern Warfare 2 open beta

Players should note that the gun probably isn't equipped with any attachments, hence the exaggerated recoil. For instance, attaching a long barrel and foregrip to the base weapon can tone down its recoil and improve its accuracy. Moreover, it also looks like the player shifted their aim while firing.

While Call of Duty has always had easy-to-control, low recoil weapons, several Warzone players have been asking the developers to boost the recoil kick on weapons slightly to increase the skill gap. Nonetheless, we'll have to wait until Modern Warfare 2 beta to find out what the recoil on guns looks like.

Stay tuned to Pro Game Guides for more Call of Duty content. In the meantime, head over to our article on Best Modern Warfare MP5 Loadout and Class in Call of Duty Warzone.