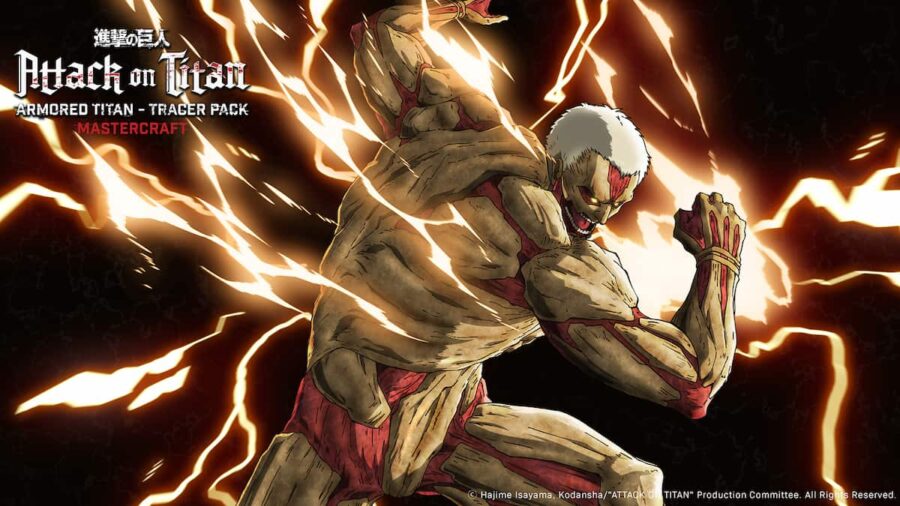 After the previous fan-favorite collaboration with Attack On Titans, Activision recently announced that Call Of Duty Warzone and Vanguard would feature another bundle that will bring new anime cosmetics to the game. The Armored Titan Mastercraft Bundle is now available for players to purchase in Warzone and Vanguard Store.

Players will get around 10 unique Attack On Titans-themed cosmetic items from the Armored Titan Mastercraft Bundle. You can purchase the bundle for 2,400 COD Points, and it also features a double XP Token that players can use to level up. The Legendary Armored Titan Operator Skin will feature Roland Zeiment in this bundle. The following list includes everything in the Attack on Titan Mastercraft Bundle:

Related: How to get the Titan Mastercraft Bundle in Call of Duty Warzone & Vanguard

These new anime skins were released to celebrate the upcoming epic conclusion of the Attack On Titans series. The Handgun weapon Blueprint is inspired by Kenny the Ripper's weapon, while the AR Blueprint Armored Strength will depict the skeletal flesh of a Titan with red tracers.

Wondering what are the restricted weapons and items in Vanguard? Check out All Restricted Weapons and Items in Call of Duty: Vanguard Ranked Play on Pro Game Guides.

Everything included in the CoD Attack on Titan Mastercraft Bundle