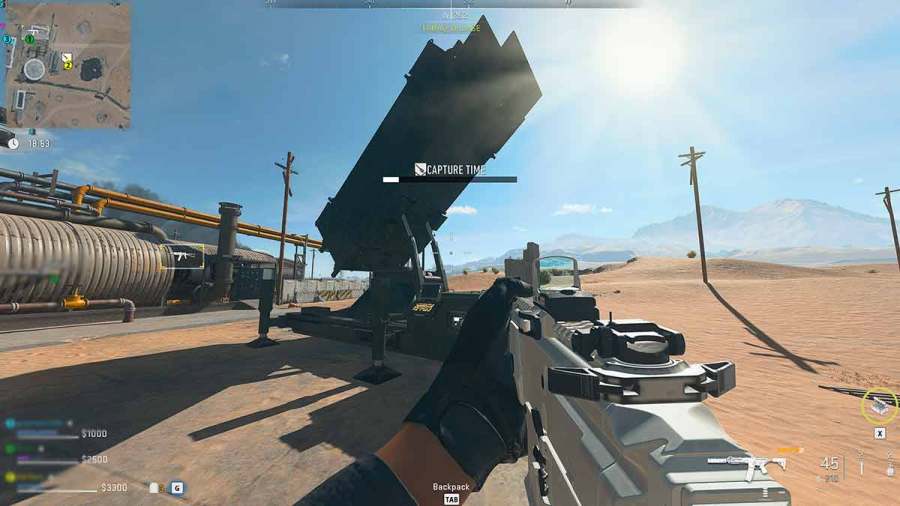 In Call of Duty: Warzone 2 DMZ, players can capture a SAM Site to destroy any passing aircraft, forcing them to release their supply drops. These SAM Sites are also part of various Faction Missions. The Air Supremacy mission for Tier 3 White Lotus Faction tasks you to control three SAM Sites simultaneously.

To complete the Air Supremacy mission, open your tac map and identify if three SAM Sites are grouped together in a region. SAM Sites are marked with a white missile icon, as shown on the map above. The challenge will be much easier if you find three of these pieces of equipment concentrated in one region. Otherwise, your team may have to split up to control three SAM Sites simultaneously.

Related: How to destroy seven vehicles in close succession in Warzone 2 DMZ

After you've decided which SAM Sites to hit, head to the marked spot and clear out any enemies guarding it. Interact with the equipment to begin the capture process. While the capture is in progress, a couple of waves of enemies will attack you, which you'll have to fend off. Once you've captured the SAM Site, it will remain under your control for about eight minutes. Within this time, you'll have to capture two more SAM Sites to complete the Air Supremacy DMZ mission.

Stay tuned to Pro Game Guides for more Call of Duty: Modern Warfare 2 and Warzone 2 content. In the meantime, head over to our article on Where is the Downtown Post Office in Call of Duty Warzone 2 DMZ?

How to control three SAM Sites simultaneously in Warzone 2 DMZ