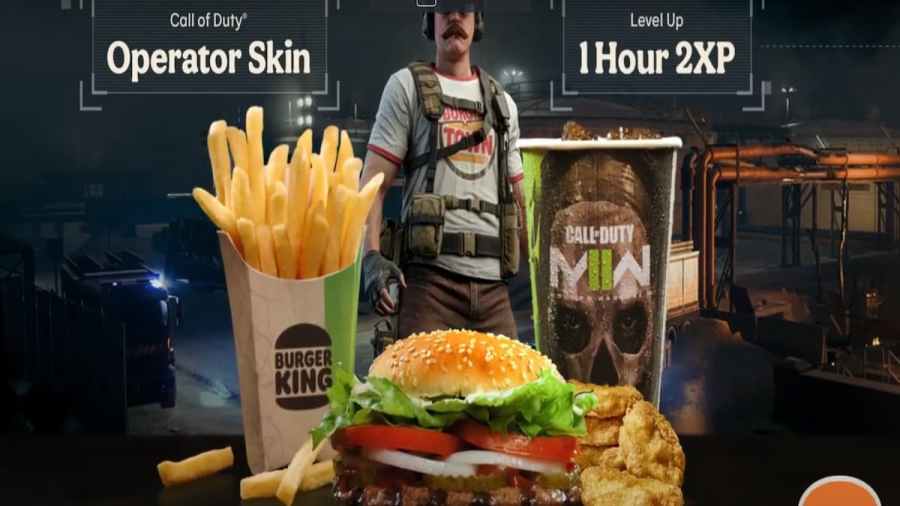 It's hard to find game releases as hype as the one for Call of Duty: Modern Warfare 2's remake. The game isn't completely out, with the multiplayer still on its way, and fans are still diving into the campaign. Fortunately, there is also a new skin they can grab thanks to a collaboration with Activision and a fast-food giant.

The skin players get after purchasing this meal doesn't have the Burger King logo. Instead, the skin has the logo for Burger Town, a fictional fast-food outlet from the Call of Duty games. If gamers aren't too fascinated by this new skin, they might consider getting the Burger King meal just for the double XP it provides.

Related: How to mantle and ledge hang in Modern Warfare 2

This double XP will only be live for an hour after activation. Once players purchase their meal, they should be able to find a code. To redeem the code, players simply need to head to the official Call of Duty website to input it.

How to get the Burger King skin in Modern Warfare 2