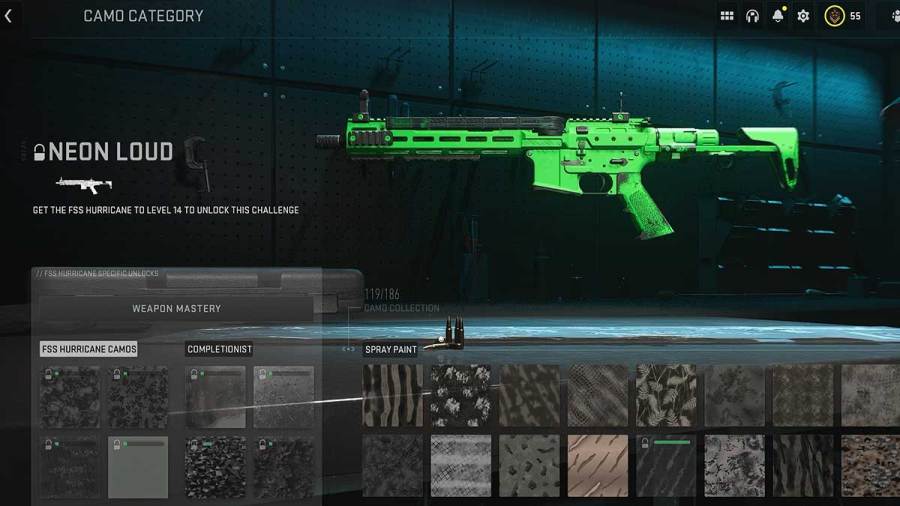 Call of Duty: Modern Warfare 2 features a variety of weapon camos unlockable via Multiplayer. While the mastery camos are for players who are look forward to grinding the game for many hours, there are several appealing base camos that you can unlock by completing simpler challenges.

Now that you're done with the weapon leveling process and have reached level 14 for the FSS Hurricane, you can unlock the Neon Loud camo. This camo challenge requires you to get 30 prone kills using the FSS Hurricane. The challenge is pretty easy and can be completed in a few games.

Related: How to get the Whiteout camo in Modern Warfare 2

Feel free to use the following FSS Hurricane loadout to get the neon green camo in MW2:

Stay tuned to Pro Game Guides for more Call of Duty: Modern Warfare 2 content. In the meantime, head over to our article on How to get the Hunting Orange camo in Modern Warfare 2.

How to get the Neon Loud camo in Modern Warfare 2