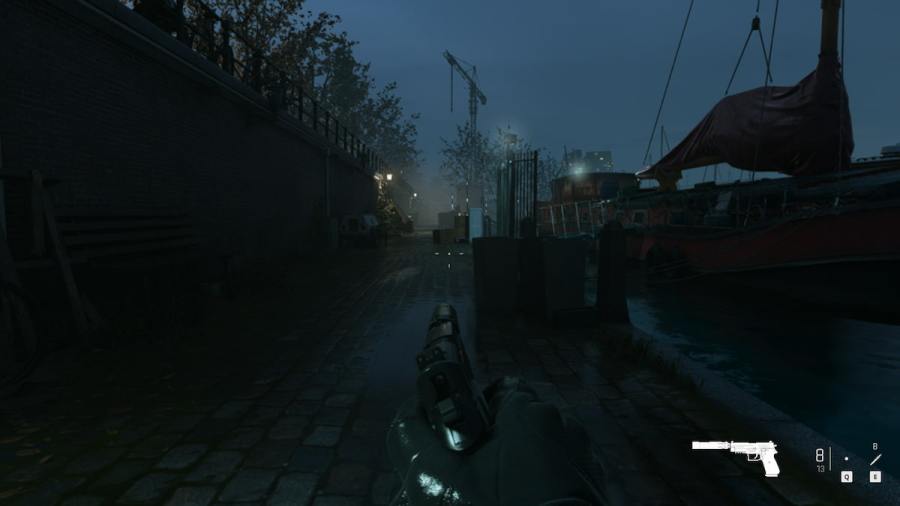 The Wetwork mission in Call of Duty's Modern Warfare 2 has players silently take out guards by the docks. Earning the 'Nessie' Achievement requires that players are never seen getting to the barge at the start of the mission. This requires taking out every guard in the area quietly without alerting other guards that are patrolling. Players can also earn the 'Crocodile' Achievement from taking out enemies underwater while doing this. This is how to get to the barge without being seen in the 'Wetwork' mission of MW2.

How to unlock the Nessie Achievement in Modern Warfare 2

The Wetwork mission of MW2 requires that players take out all the guards at the docks without being seen. This is similar to another Achievement in the Recon By Fire mission, having to take out every enemy without raising any alarms. At the start of the mission, Gaz only has throwing knives to use. When taking out the first guard, players can pick up a silenced pistol from them for more precise ranged shots. From the first guard, players can travel to the right while underwater to get a few more takedowns while unseen.

When reaching the right part of the docks, a lone guard can be seen sometimes smoking towards the water on the left. Players should only take out this guard when the patrol boat is away and the guard on the other side of the docks is far away. From there, players can swim underwater heading in the direction of the barge. A guard can be seen by the pier, but players should avoid taking him out until later because another guard will alert everyone if he dies. Instead, players should go underwater and head as far left as possible.

On the far left side of the docks, two guards can be seen on patrol. There is a short time that they are far away from each other, but if their patrol gets desynced, they can eventually meet with one another. While they are talking, players can line up their shots to take them out one after another without them alerting the others. From there, players can climb up and head right to take out the guard by the trash followed by the guard found earlier overlooking the water.

Related: How to rescue the hostages without enemies firing their weapons – MW Campaign Guide

Going to the opposite side of the barge again, players can move forward until they get to the pier that overlooks three guards. One will be by themselves, but can be spotted if one of the guards on the left is close to him on his patrol. Waiting for the patrol guard to go back to the far left before taking out the lone guard is the only way to get the kill without alerting anyone. From there, players should move left to spot both remaining guards and either take them down in quick succession, or wait for the patrol guard to move further to the right and then take them both out.

All that remains are the guards in the patrol boats. One boat may disappear entirely, leaving only two guards to take out in quick succession to earn the Achievement.