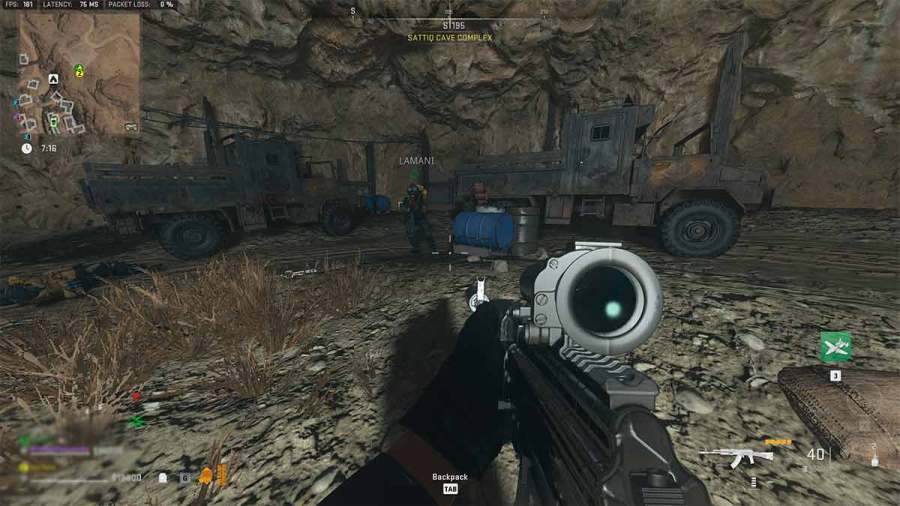 In Call of Duty: Warzone 2 DMZ, players progress through missions and tiers to unlock new ones. The Route Forward is the final story mission for the Tier 5 White Lotus Faction. For this mission, you have to infiltrate a heavily-guarded area and plant trackers on some enemy vehicles.

Where to loot the Tracking Devices from in Al Sharim Pass

If you've selected The Route Forward mission, the Tracking Devices will automatically spawn for you in the Al Sharim Pass dead drop. This is one of the several dumpster dead drops on the map, and you'd have most likely used it before while performing certain tasks. Open the dead drop and stow the Tracking Devices into your backpack.

Where to find the AQ trucks in Sattiq Caves

Now, head over to Sattiq Cave Complex, a POI situated in the western part of the map. You'll see the first Al-Qatala truck right outside the entrance to the Sattiq Upper Caverns Denied Area. Approach the side of the truck, and you'll get a prompt to plant the tracking device. Alternatively, you can climb the truck and plant the tracker from there. The next three AQ trucks can be found inside the cave, however, beware, as the denied area is well-protected by several armored bots. The trucks you're looking for should have the Al-Qatala logo painted on them (see the second image).

For the remaining three AQ trucks, you'll have to make your way to the riverside caves which you must have visited during the Caved In mission. In the above image, you can see that a truck will be on top of the caves. The final two trucks can be found inside the caves underneath.

Where is the bunker with the server rack in Sattiq Caves?

Once all Tracking Devices are in place, head to the isolated bunker next to one of the exfil points in Sattiq Cave Complex. In one of the sections of the bunker, you'll see the servers and an activation switch. Approach the switch and press the interact button when a prompt appears to download the server data. The download will finish in a few seconds, and you'll complete the mission.

After completing The Route Forward White Lotus Tier 5 Faction Mission, players unlock the Chisel weapon blueprint for the SA-B 50 Marksman Rifle. Besides that, a 40000 XP bonus is also rewarded.

Stay tuned to Pro Game Guides for more Call of Duty: Modern Warfare 2 and Warzone 2 content. In the meantime, head over to our article on Where to find Canal Apartment 103 in Warzone 2 DMZ.