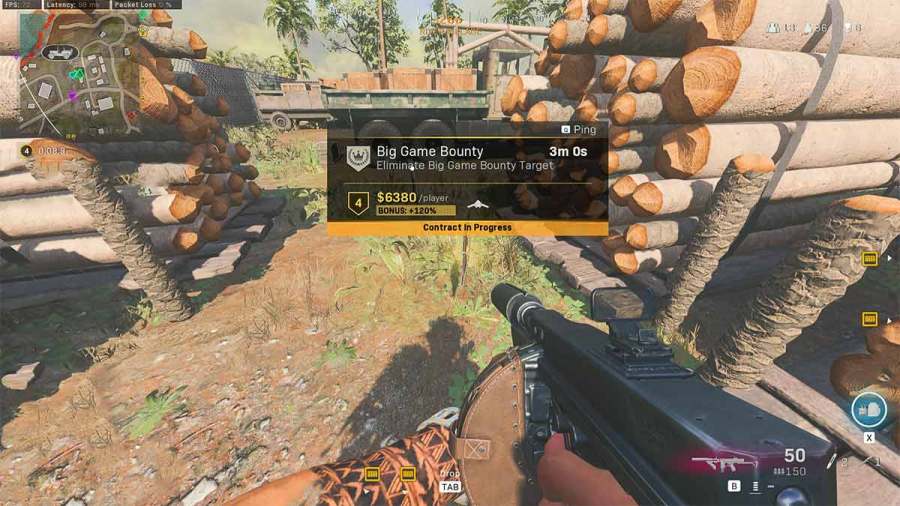 Call of Duty: Warzone Pacific Season One brings several new changes to the Battle Royale game. Although the new map—Caldera—is the main highlight of the update, there are numerous other additions to the game, including three new Contracts.

Big Game Bounty is one of the new Contracts introduced into Warzone Pacific with Vanguard integration. It is an upgrade over the already existing Bounty Contract. Big Game Bounty targets the player with the highest number of kills in the match instead of marking a random player.

Since your target has the highest kill count at the given moment, you can expect them to be fairly good at playing the game, if not the best. Hence, you should proceed with caution as you are hunting a top dog. That being said, a high-risk task should grant high rewards.

Upon successful completion of the mission, you and your team get more cash than the regular Bounty Contract and an Advanced UAV Killstreak. The UAV cannot be held and gets called in immediately. As for the time limit, you get three minutes to eliminate the target.

Also, note that players can only put big Game Bounty on a player once per game. So if you were hunted once and survived, you will not be a Big Game Bounty target through the rest of the match. Instead, the game will pick the player with the next highest kill count.

Stay tuned to Pro Game Guides for more Call of Duty content. In the meantime, head over to our article on – Best Automaton Loadout in Call of Duty: Warzone Pacific.

What is Big Game Bounty Contract in Call of Duty: Warzone Pacific