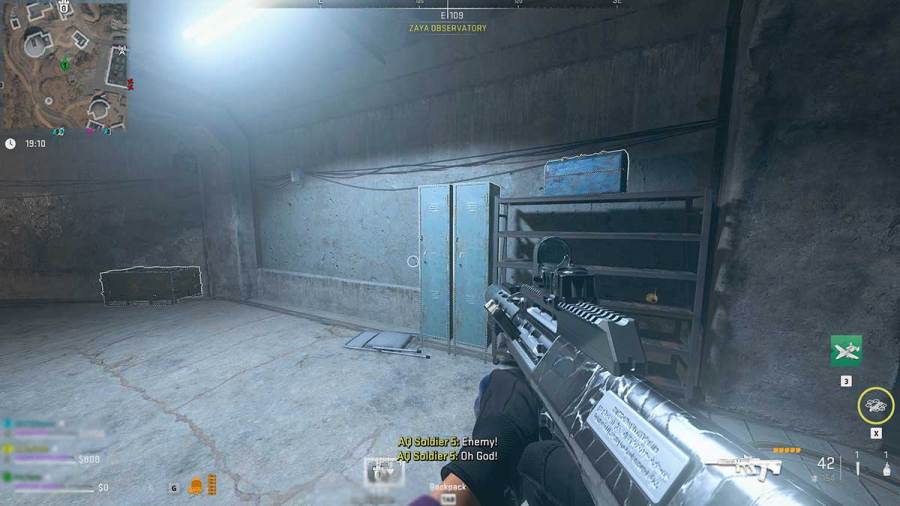 There are several locked spaces and hidden loot caches that can be accessed using their specific keys in Call of Duty: Warzone's DMZ game mode. The Scientist's Locker is one such locked cache that players can unlock using its key. The locker may provide you with some valuable items, hence it's worth checking.

The Scientist's Locker is located in Zaya Observatory, which is situated on top of Mt. Zaya in central Al Mazrah. At the marked location, you'll find an underground tunnel that can be accessed via the giant hole on top or from the two entrances as shown in the second image. Keep heading inside the tunnel and you'll finally reach the locked lockers. Use the Scientist's Locker Key to open it and collect the loot. Before going for this locker, you should note that Zaya Observatory is a heavily guarded area. So be careful while entering the tunnel and take out the armored enemies first.

How to get Scientist's Locker Key in DMZ

Unlike the Crane Control Room Key, which can be acquired by completing a Faction Mission, there's no definite way of acquiring the Scientist's Locker Key. You can find it as a random loot item just like the numerous other keys in DMZ. The best places to look for keys are lockers, supply crates, shops, and loot dropped by dead bots and players.

Stay tuned to Pro Game Guides for more Call of Duty: Modern Warfare 2 and Warzone 2 content. In the meantime, head over to our article on Omnivore DMZ Mission Guide.

Where to find Scientist’s Locker Key in DMZ