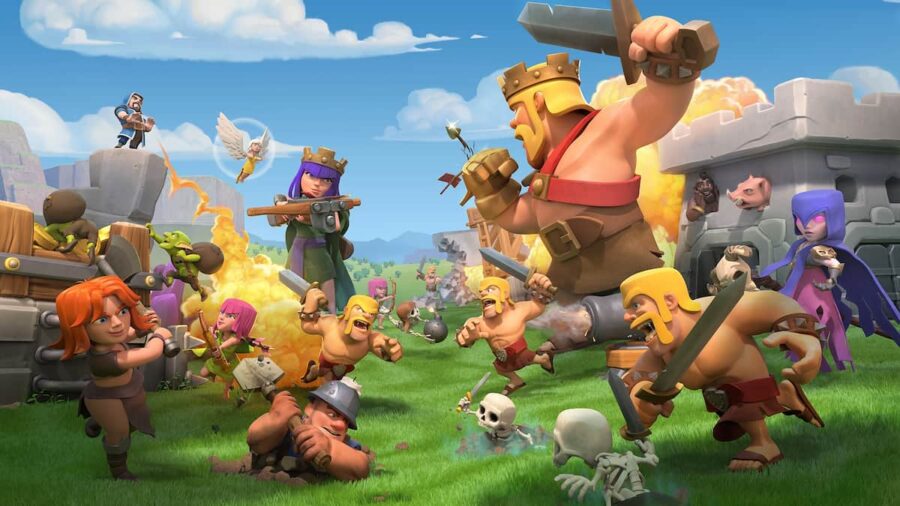 Clash of Clans only has five heroes, which is pretty small considering how long the game has been out. All heroes are immortal and just need to recover when their health depletes, but that doesn't mean all heroes are worth using. Below, we've ranked all of the heroes.

All heroes in Clash of Clans, ranked

The Barbarian King is often considered the weakest in the eyes of many players because he's the one you start with. His primary purpose is to introduce you to the game. You'll realize why he's not the best once you start facing stronger enemies, like in the seventh base.
His damage isn't as good as other heroes, and he isn't a match for them. In a game where the other heroes have real benefits, he is a basic hero.

This hero was made for a strong defense. Her high damage makes her a better hero than Barbarian King, but she doesn't really do much else. Her shield throw can clear the path for allied warriors, but she costs more than the Grand Warden, and to be fair, she lacks the skills of the Royal Champion. We would have gotten a stronger soldier if we needed one, but heroes have to do more than that.

While support heroes may seem useful in some situations, they're not always worth it. It's important to have heroes on the battlefield who have the ability to make a difference on their own. The Grand Warden makes other warriors better by providing invisibility to them and increasing their health. The Grand Warden can also become a tower, which is great. That doesn't make him powerful enough to be a great defender or offensive warrior. He's just a glorified support character.

Battle Machines are super-powerful characters capable of tearing through anything in their path. Battle Machine is one of those characters you really want on the sides rather than in the front. Since his powers are free to use at any point, you would waste them on only one front. On his own, he is powerful, but you don't want him to waste his time leading his own charge. His greatest strength lies in assisting other troops in clearing areas with his overpowered abilities.

Generally, archers are pretty powerful, and she's no exception. She's the best hero in the game, and there's no debate about that. The fact that she shoots three arrows at a time is devastating on its own. Furthermore, she can take down aerial units with a hail of arrows and summon archers at the same level as the player. The fact that you unlock her as your second hero is a shame, as she's too good to pass up and is normally the one you want to send out first.

Best Heroes in Clash of Clans ranked from worst to best