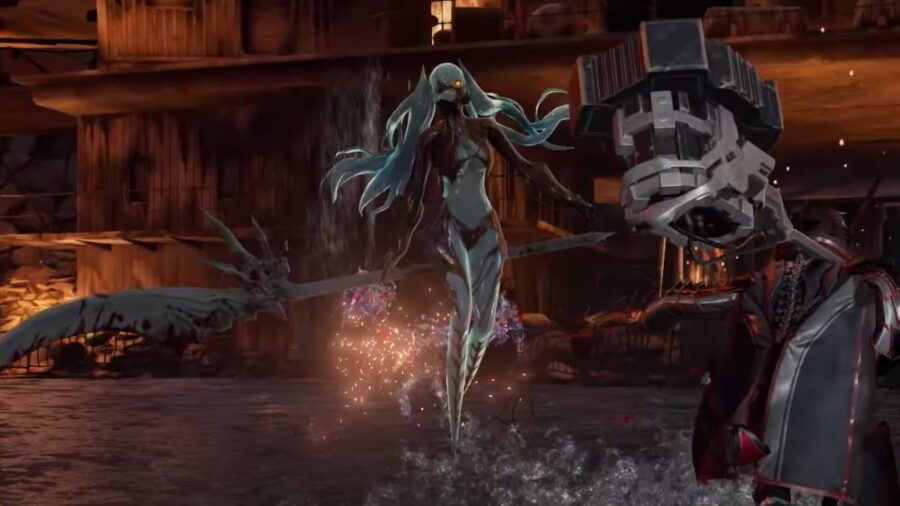 How to beat Invading Executioner in Code Vein

Invading Executioner can be found in the Howling Pit area in Code Vein. It's a little tricky to find her lair, but you won't have a problem if you head to Bottomless Shore. But when you do find her, be ready for battle, as this one is no walk in the park.

If you thought that Insatiable Despot is a difficult boss to handle, wait 'till you see this lady. She'll dispatch you with ease if you're not ready to fight. So before you give her a visit, make sure to learn more about the strengths and weaknesses of Invading Executioner.

Special attacks of the fourth boss in Code Vein

The best way to defeat Invading Executioner boss in Code Vein is to know her most powerful moves. She is well equipped to dispatch you with skills like:

As you will quickly find out in battle, Invading Executioner has very aggressive tactics, forcing you to move and wait for your chance constantly. The good news is that she's prone to poison and can be stunned, although she's immune to slow. Now that you know your enemy select the Code Vein hero build best suited for this monster and enter the arena!

Just like our old frenemy, first Code Vein boss Oliver Collins, Invading Executioner fight consists of two phases. In the first phase, you will have a chance to see her special moves firsthand. Make sure to have Slow removals by your side, as her attack can make you sluggish. You'll be slowed even if you block her attacks, so try to dodge them instead.

Your best chance to deal damage is by sidestepping or dodging forward when she attacks. But don't be greedy, hit her a few times and retreat. When she hits around 60% of her health, phase two is about to begin. Use this short break for healing and buffing.

Phase two of the fourth boss battle in Code Vein

When unofficial round two begins, Executioner will try to slow you with water bubbles. She now has quite a few improved moves, so be prepared for plenty of dodging. Don't get too defensive, as you still have to deal damage. So try to evade attacks dodging forward and attacking her from behind. But just as in phase one, back off before she reacts. Although she's swift, be quicker, and victory is yours!