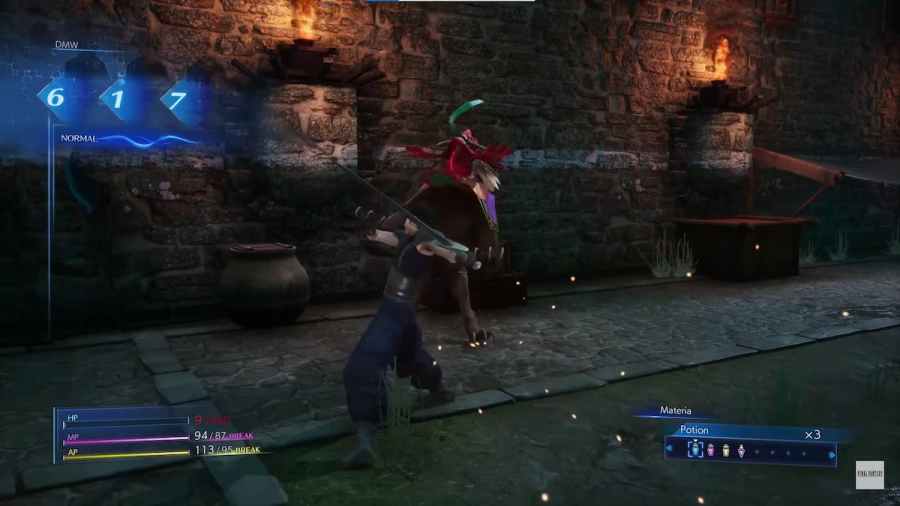 Crisis Core is a remastered prequel to the beloved worldwide hit Final Fantasy VII. Like every other game in the franchise, it's packed with familiar enemies, abilities, and items. Some items appear with new benefits to fit the massive changes to the combat system made in this game. The Feather Cap has been around since the original Final Fantasy, but it has a different use in Crisis Core.

How to use the Feather Cap in Crisis Core

The Feather Cap is an item that allows Zack's HP, MP, and AP to break as high as triple the typical maximum limit. When the game's DMW slot machine gives you a boost to your health, magic, or ability gauges, it usually tops out at double the standard maximum. While wearing the Feather Cap, those benefits can triple your stats if the slot machine works in your favor.

The DMW will regularly but randomly reward you with a break in any or all of the three main stats. The Feather Cap just gives that random system the option to give you a much higher payout. This is a substantial benefit, but if you don't see the benefit, you can toss it into a Materia Fusion to add 10% HP to the resulting creation.

There are two primary locations to pick up the Feather Cap. You can find it in a chest in Mission 4-3-2: Obliterate Advance Elements. Failing that, you can encounter a Magic Pot in Mission 10-2-3. He'll ask you to use Jump, Fira, Gravity, and Assault Twister. He'll give you the Feather Cap if you do as he asks. Put it on and reap the reward of that occasional triple benefit.

What does the Feather Cap do in Crisis Core?