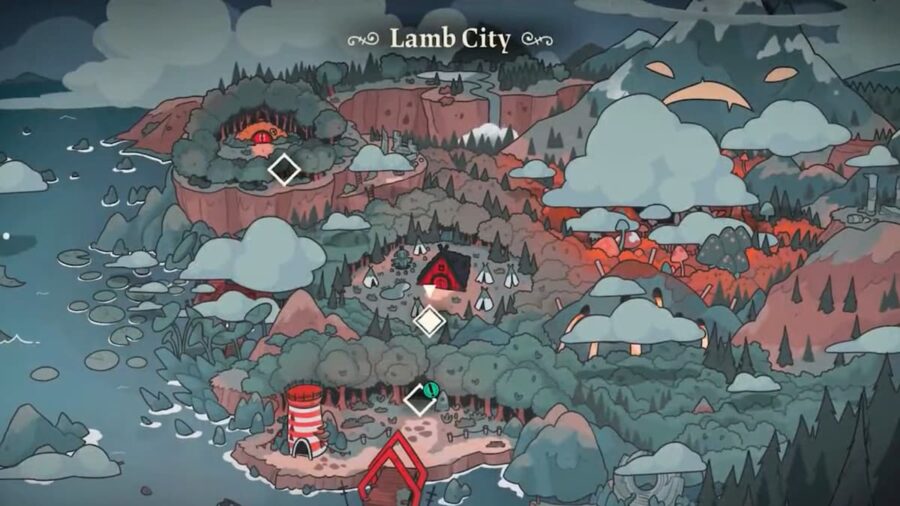 Cult of the Lamb is publisher Devolver Digital and developer Massive Monster's combination of cult simulator, city builder, and action-adventure game. They have come together to give the first reveal of the world map players can explore.

This news comes via the official Massive Monster Twitter and states, "You can meet NPCs in @cultofthelamb who will lead you to new locations on the world map! There's a whole world for you to explore." This gives players a view of various locations, such as Lamb City, Lonely Shack, and Pilgrim's Passage.

Related: Cult of the Lamb reveals and explains Knucklebones, an in-game minigame

There is a mention of NPCs, but this is not seen in the actual tweet. But Cult of the Lamb features various characters you can meet, including cultists, god, and more, so it is likely to be filled with quirky and interesting characters.

Cult of the Lamb features a randomly generated world and roguelike gameplay despite having a map, but this is likely limited to the locations. The world map should remain the same, but it features everchanging areas in each named location.

For more information on gaming, check out and What does each Infernal Arm do in Hades? and What is Blossom Tales 2: The Minotaur Prince? Release Date, Physical Edition, and more! on Pro Game Guides.

Cult of the Lamb gives first look at world map