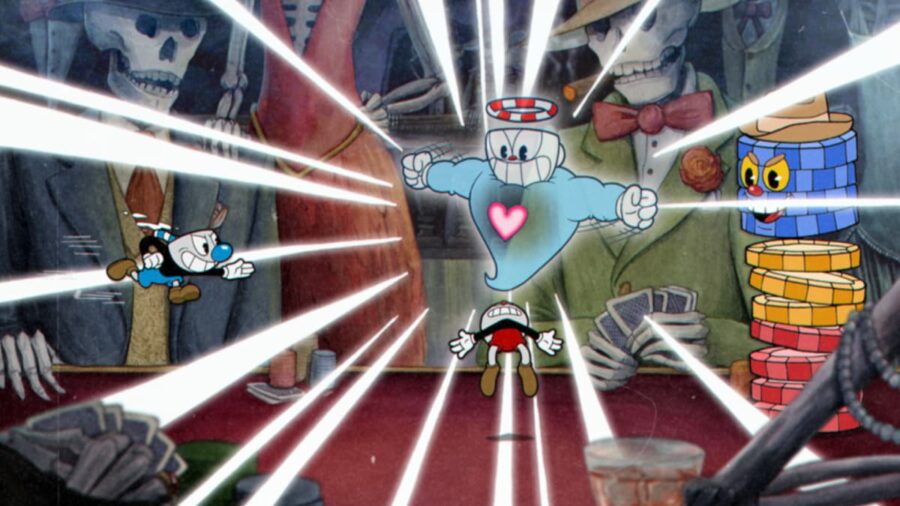 Hailed as one of the hardest 2-D games ever created, Cuphead is a masterclass in classic bullet hell difficulty. However, for those champions of cup-based combat, there is an even greater hurdle to vault in the game: secret achievements. Since there's no way to see the requirements due to them being secret, knowing is all the battle, and this guide will teach the requirements so that players can achievement hunt to their hearts' content.

All Hidden Achievements in Cuphead

To acquire this achievement, the player needs to defeat an aerial boss using only mini-bullets. This means no power-ups and no bombs, forcing a player to use the least-damaging weapon in their arsenal.

This achievement requires the player to find a shortcut in the overworld. There are 3 hidden shortcuts to find in the overworld, with the easiest and most straightforward in World 1. The shortcut can be found after the first level is completed. There are 3 paths branching away from the first level, with one heading straight up, one heading up to the right, and one heading over a bridge to the right. Take the path that heads up and right and head underneath the earth bridge. This will take you around and skip part of World 1 as well as give you the secret achievement.

This secret achievement is unlocked once the player has collected every coin in the overworld. There are varying locations and even methods required for some coins, making this achievement a bit of a challenge.

One of the simpler achievements to understand, yet also one of the hardest, Pacifist can only be unlocked by sparing every enemy in the Run-and-Gun levels of the game. Patience and masterful parry use will most likely be integral to completing this achievement.

Like Pacifist, this achievement will likely be very hard to complete, as it tasks players with taking 0 damage while fighting King Dice and will demand perfect parrying for any chance at completing it.

A reward for choosing the "bad" option, Selling Out can be unlocked simply by accepting the Devil's contract before engaging in his boss fight. Though perhaps morally reprehensible, the deed must be done to unlock every achievement.

Equal parts simple and hard, Swing You Sinner rounds out the secret achievements and is unlocked by defeating the Devil, thus completing the game. For those who have already defeated the Devil, good job! You're already one step closer to 100%.

For more information on all things Cuphead, check out How to start the Delicious Last Course DLC for Cuphead so that you can get cracking on the latest content for the game.

How to unlock All Secret Achievements in Cuphead