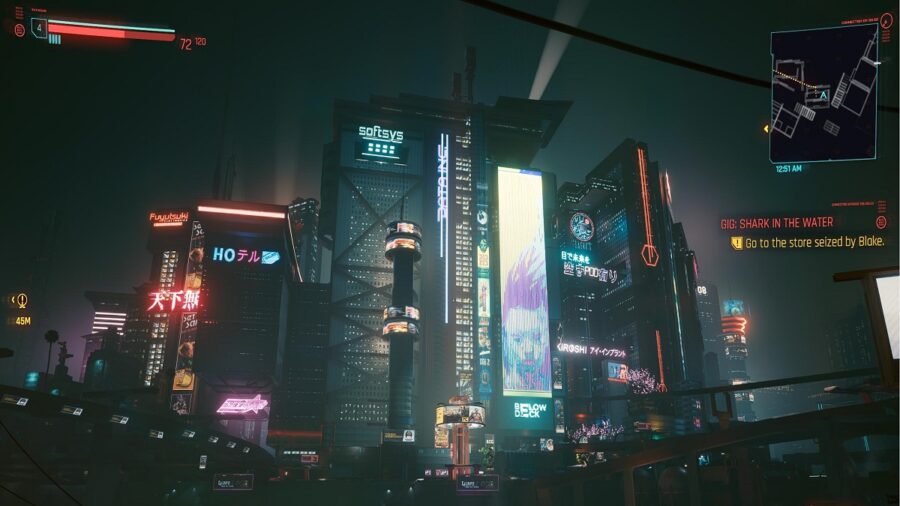 Cyberpunk 2077 is a game you want looking stunning and running smoothly to play the game in the best possible way. A few of the settings can be altered to make it look less blurry and save you a few frames simultaneously!

How to turn off Chromatic Abberation

Once you have opened up the Settings menu, you'll notice multiple tabs at the top of the screen. You need to navigate to Graphics, so if playing on PC, just move the mouse over to Graphics, and click. If playing on consoles, press R1/RB three times to switch tabs to get to the Graphics tab.

Related: How to open inventory in Cyberpunk 2077

On the Graphics screen, you'll see a list of the graphical options; the Chromatic Abberation setting is under the Basic header, which is basically at the top of the screen, underneath Quick Preset and Texture Quality. Under Basic, Chromatic Abberation is the third option down. 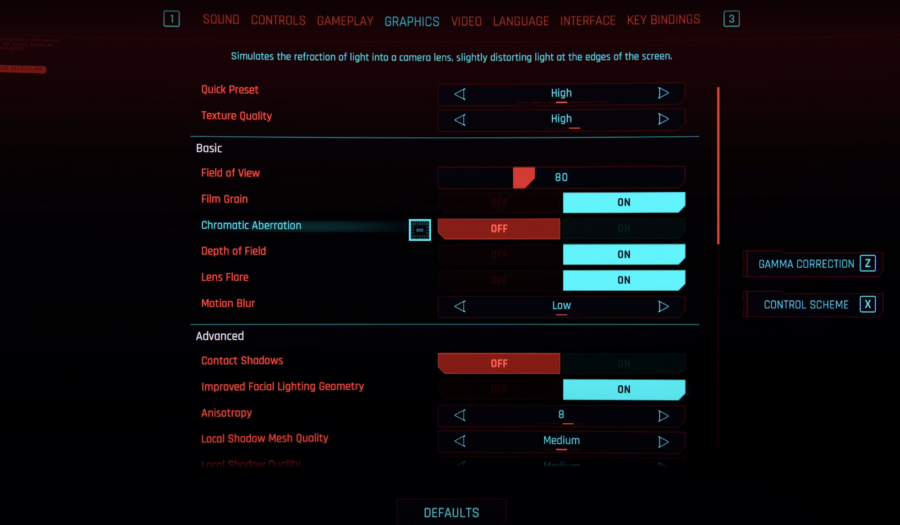 Related: How to Free Brick in Cyberpunk 2077

If you are unsure what Chromatic Abberation actually does or want to see comparing pictures of before or after, we've got you covered. These three links were taken off the Cyberpunk subreddit page and a thank you to r/houska22 for these pictures.

Close-up comparison of Chromatic Abberation ON vs. OFF

For all things Cyberpunk 2077, we’ve got you covered. Check out this guide to learn how to turn off genitals or where to Find Hideo Kojima in Cyberpunk 2077!