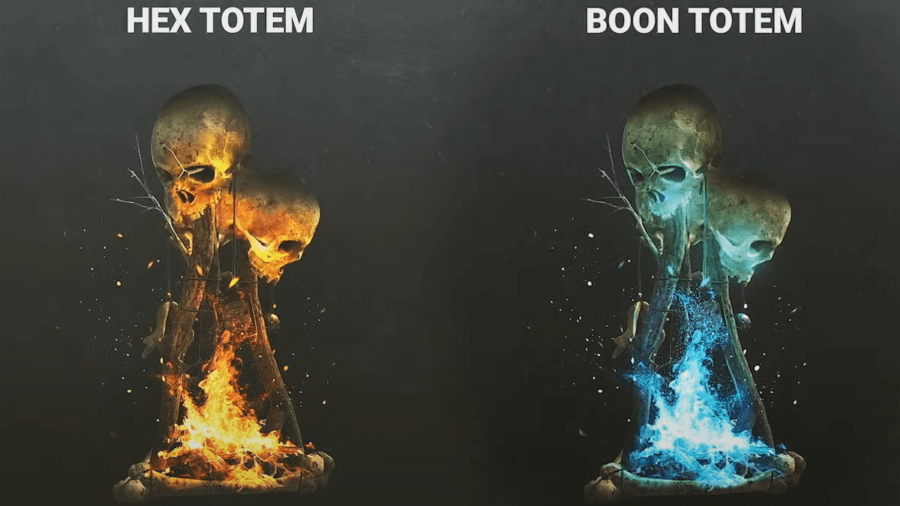 On May 25, 2021, during a livestream broadcast by the Dead by Daylight developers, Boon Totems were revealed to be an upcoming game mechanic. Matt S., the Design Director of Dead by Daylight, offered very limited information about them. Here is what we know so far.

The most important information we have was straight from Matt S. during the live broadcast mentioned above. In it, he describes Boon Totems with the following: "Boon Totem Perks will give a brand new interaction to Survivors standing next to a Dull Totem in a Trial."

Unfortunately, that's all we have at the moment. Following the above, Matt states he can't go into further detail about how it works. He still expressed excitement and anticipation to bring Boon Totem Perks to the game, stating it will allow them to bring new mechanics and abilities to Survivors, which provide them many more strategies to play against a Killer.

To see additional the full livestream, you can watch the video below, or use the following link: Dead by Daylight | 5th Anniversary Broadcast. The segment that mentions the Boon Totems begins around the 1 hour and 35 minute mark.

With the limited information, the only thing we can do is speculate what Boon Totem Perks will provide for the players. Everything listed below is our speculation based on what we know.

One area of focus is that Matt S. specifically mentioned these perks activate while standing next to Dull Totems. From our understanding, these perks will have limited range and won't be available across the entire map. Our best guess is that it will not start off with bringing in new Perks to the game, but instead, work with Perks that survivors already have, with a specific emphasis on aura-reading abilities.

Dull Totems may also give Survivors the ability to communicate with each other via real-life voice chat. We don't expect this to be the case, as Dead by Daylight seems to focus their game around making players feel isolated, but who knows!

As we get closer to Boon Totems being featured in the game, we expect to know more details. Be sure to check back for updates.