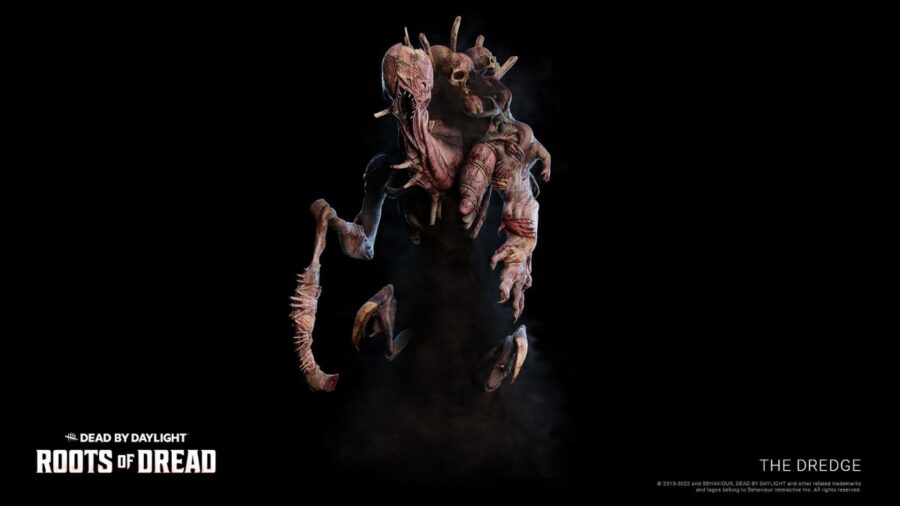 In honor of Dead By Daylight's sixth anniversary, the Artificial Mind and Movement team held a celebratory stream with plenty of details on the survival horror game's future. One announcement that players got during this showcase was the reveal of The Dredge, but what is this creature?

The Dredge is a new killer joining Dead By Daylight in its Roots of Dread summer 2022 update. The developers describe this new monster in an interview with PlayStation as a "formless mass of twisted limbs writhing in the shadows, The Dredge is a manifestation of darkness itself." As with other killers in Dead By Daylight, The Dedge has unique abilities that set it apart from other killers.

Related: Dead by Daylight just announced Hooked On You, a DBD dating sim

Related: All Haddie Kaur Perks in Dead by Daylight

While Perks aren't confirmed, DBD Leaks indicates that the following teachable perks are available for The Dredge:

When does The Dredge come to Dead By Daylight?

The Dredge joins the new Survivor, Haddie Kaur, and the new map, Garden of Joy, in the Roots of Dread update, launching June 7, 2022, for PS5, PS4, Xbox Series X|S, Xbox One, Nintendo Switch, Steam, and the Epic Games Store. The Roots of Dread official trailer provides a preview of this new content.

For more on Dead By Daylight, visit some of our other articles on Pro Game Guides, like How to Play the Dead by Daylight PTB (Public Test Beta).

What is The Dredge in Dead By Daylight? New Killer perks, abilities, & release date!