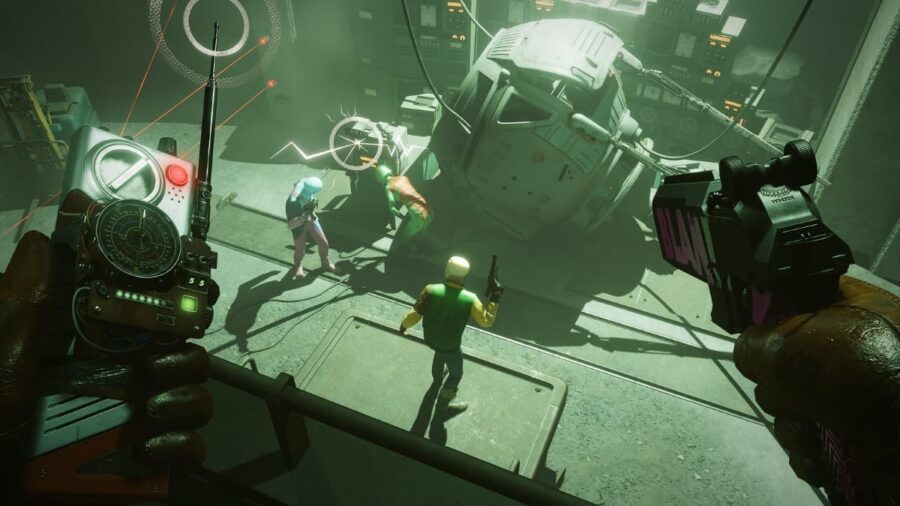 Colt Vahn is on a mission to murder eight Visionaries on Blackreef to end a time loop on the mysterious island. To do this, he'll need every tool and power at his disposal, including the Hackamajig he gets early on in the game, but how does this device work?

To use the Hackamajig, players can equip the tool to Colt's left hand using the D-Pad. Once Colt is holding the device, hold the L1 button to turn it on. The device will beep and highlight a machine that is open to tampering. Players can also distinguish hackable devices by a bright red light. Cameras and Turrets' blue beams will turn green when successfully hacked. Hold the L1 button until the red/blue light on the enemy device turns green.

Related: How to get All Trophies in Deathloop.

Colt can tamper with several devices in Deathloop, including cameras, turrets, gates, and machines. Each of the changes to these machines is listed below:

Colt's adeptness with the Hackamajig can make his time in the cursed island far easier, so we recommend making a habit of using this device regularly.

For more on Deathloop, check out the other guides on Pro Game Guides, like How to get more power to ignite the Rocket Engine in Deathloop?

What do you do with the Crank-Wheel in The Complex in Deathloop?

How to Heal in Deathloop?

How to fix Deathloop from not launching on Steam?

How to use Focus in Deathloop – How to tag enemies