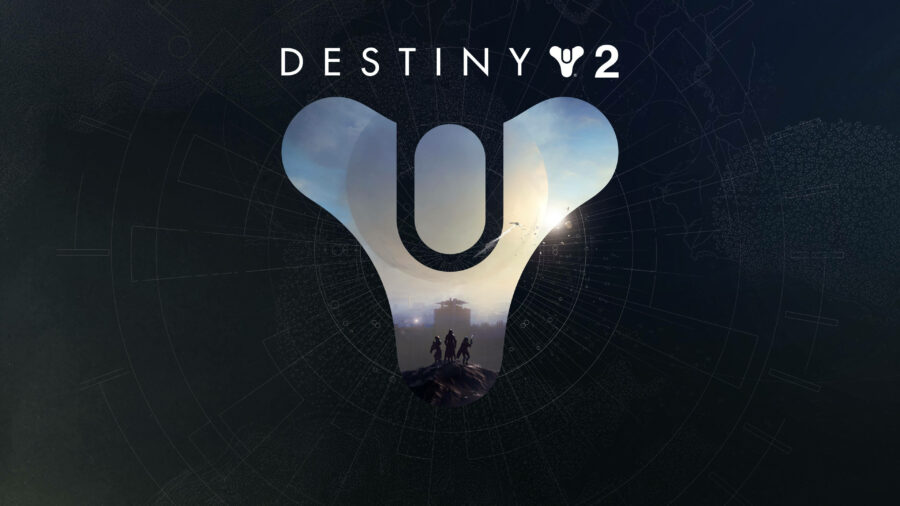 Since Destiny 2 was released in 2017, the live-service looter shooter has experienced many face lifts over the years. Across its development, Bungie broke away from Activision, went free-to-play, vaulted old content and remixed classic raids—all of which serves both the developer and in-game narrative. In the game's current state, Bungie adopted the seasonal model that many live-service games implemented to ensure frequent content rollouts, with every new season advancing the game's mechanics, features, and storyline.

Destiny 2 exploded on the scene in 2017 with the Red War, the first campaign that saw every guardian fighting for survival against Ghaul, the commander of the Cabal Red Legion. Red War introduced new patrol zones like Titan, Nessus, and Io, along with the game's first raid, Leviathan. Although this content eventually went free-to-play for all players, Bungie has since vaulted all Red War content as of the Beyond Light expansion. There is always the possibility Red War returns as remixed content at a later date.

The first Destiny 2 DLC released in December of 2017, not long after the events of the Red War concluded. Curse of Osiris introduced the patrol zone Mercury, along with a new story campaign consisting of eight story missions that pit guardians against the Vex and developed the relationship between Osiris and Ikora Rey. Bungie has since vaulted all Curse of Osiris content as of the Beyond Light expansion, with the possibility of returning as remixed content at a later date.

Months after Curse of Osiris came the Warmind expansion in May 2018. This story DLC focused on Anastasia Bray's attempt to reconnect with the Warmind Rasputin in order to defeat the Hive Worm god Xol, Will of the Thousands. Warmind, while not content-heavy overall, has since been vaulted as of the Beyond Light expansion, with the possibility of returning as remixed content at a later date.

Forsaken (Season of the Outlaw)

Year Two kicked off in September 2018 with the Destiny 2 expansion Forsaken, which saw the immediate death of Cayde-6, an iconic character that hailed all the way back to the original Destiny. From there, the Guardian hunted down the Barons of the Scorn (a brand new enemy type) and Uldren Sov, in a thrilling revenge story. Additional new content included the Tangled Shore and Deaming City patrol zones, the Gambit game mode, the Combat Bow weapon type, and additional weapon system reworking. The Forsaken expansion also fell victim to the Destiny content vault.

Season of the Forge

Light on story content, Season of the Forge Destiny 2 DLC introduced the Black Armory, a large vault protected by Ada-1. Meanwhile, the Kell's Scourge leader (an offshoot of the Fallen) attempted a break-in, and it was up to the Guardian to prevent this from happening. Season of the Forge, released in 2018, was the first seasonal content that Bungie structured between annual expansion drops that continue to release every Fall. The Black Armory has since been vaulted as of the Beyond Light expansion, with the possibility of returning as remixed content at a later date.

Season of the Drifter

Season of the Drifter launched in May 2019, placing Gambit front and center with an updated mode called Gambit Prime that relied more on team strategy and cooperation. Lore was lightly touched upon in this Destiny 2 DLC that concerned the Nine and their status in the universe, with an additional PVE activity called the Reckoning thrown into the mix. The seasonal narrative has since been vaulted as of the Beyond Light expansion.

The last seasonal content of Destiny 2 Year Two DLC was Season of Opulence, which went live in June 2019. The Crown of Sorrow raid and the Menagerie game mode took center stage during this season, which encouraged replayability for grinding rewards. Although Calus, the Cabal emperor, has proved a thorn in the Guardian's side, players worked together to gain the Chalice of Opulence, an in-game item that helped players unlock more loot. Another limited-time event called Solstice of Heroes took place during Season of Opulence that encouraged players to grind for Year Two Solstice Armor. Many elements of Season of Opulence like the Menagerie and the seasonal narrative have since been vaulted as of the Beyond light expansion.

Related: All Destiny 2 Campaigns in Order

Shadowkeep (Season of the Undying)

The Destiny 2 expansion in Year Three took players back to the Moon, a fan-favorite patrol zone from the original Destiny. Nightmares have sprung from the Moon's shadows and Eris Morn calls upon the Guardians for assistance against a long-dormant power. Throughout the campaign, players encounter shadow demons of old familiar bosses like Crota, Dominus Ghaul, and Taniks. This expansion, released in October 2019, also brought forth the Garden of Salvation raid, the Pit of Heresy dungeon, and nine additional supers across the three main player classes.

Season of the Undying launched alongside Shadowkeep upon release. This season introduced the Seasonal Artifact, a new mechanic that players receive at the start of every season. Moreover, the Seasonal Artifact helps players unlock weapon and armor mods while providing a power bonus.

Launched in December 2019, Season of Dawn sent the Guardian back to Mercury to aid Osiris against another Red Legion fallout. Along the way, players met Saint-14, one of the most famous Titan Exos who is brought to the present after the Guardian used the Sundial item. Bungie also expanded upon the seasonal content framework with a free track of seasonal rank rewards players earn by gaining experience. A premium track with more consistent rewards was also implemented in this Destiny 2 DLC, which was available as a Season Pass for $9.99. Bungie has since adopted this premium format for each season, which also grants access to weekly story missions and additional content.

Season of the Worthy

Marking the 10th season of Destiny 2 DLC expansions, Season of the Worthy launched in March 2020. The Cabal continued wreaking havoc across the galaxy, causing Commander Zavala, Anastasia Bray, and Rasputin to recruit the Guardian from preventing a deadly crash against the Last City. Bungie also brought back Trials of Osiris, the competitive team game mode that tests each player's endgame skills. This season introduced Legendary Lost Sectors on EDZ & the Moon, and also the Guardian Games, an annual class competition where Titans, Hunters, and Warlocks prove themselves most worthy.

Mysterious pyramids emerged from the darkness in Season of Arrivals, which was released in June 2019. Most notable within this Destiny 2 DLC was the new Prophecy dungeon that balanced the forces of light and dark. Umbral Engrams were also introduced in this season, which allowed players more freedom to focus the type of gear, stats, and perks received on a reward's roll. Season of Arrivals also marked one of the first global events in Destiny 2, where players conglomerated the Tower and watched as the Traveller healed itself in the sky.

Beyond Light (Season of the Hunt)

The third major Destiny 2 expansion launched in November 2020 with Beyond Light. The story campaign revealed the pyramids were conversing with Eramis, the Fallen Kell of House Salvation. The balance of good vs. evil finally turned grey as the Guardian embraced the Darkness in order to stop Eramis' empire at all costs. With the Darkness embraced, so too brought forth the new Stasis subclass, a dark power that freezes enemies (and infuriates Crucible players). Other new additions include the Europa patrol zone and the Deep Stone Crypt raid. Meanwhile, the Guardian worked with the Crow during Season of the Hunt, a mysterious figure who was revealed as none other than Uldren Sov returned from the dead, memory wiped clean of his previous actions.

This expansion served as one of the hardest resets for the game, one that saw tons of old content vaulted and stored outside of the game, a developer decision that saw mixed results from the player community.

Season of the Chosen

Unfortunately, the events of Beyond Light did not completely eliminate the Pyramid Ships that continue destabilizing the system. As a result, Empress Caiatl, leader of the Cabal and daughter of Calus, requested an alliance with Zavala. As is the way with Guardian/Cabal negotiations, the meeting devolved into a firefight. And so, the Guardians created the H.E.L.M., a Vanguard War Table that ensures immediate response against those threatening the galaxy, ala Avengers-assemble style. The Season of the Chosen Destiny 2 DLC went live in February 2021.

Season of the Splicer

Released in May 2021, Season of the Splicer has the Guardian work with Mithrax, the iconic Fallen Kell, to thwart Vex technology that poses an unknown danger. Now its own dedicated location above the Tower on the Destinations map, the HELM developed into more than just a Vanguard War Table. Season of the Splicer also re-introduced the Vault of Glass, a classic raid from the original Destiny. Throughout the season, Trials of Osiris and Iron Banner are available, along with the return of Solstice of Heroes in July 2021. This Destiny 2 DLC ends on Aug. 10, 2021.

Season of the Lost

Related: How to get the Thunderlord Exotic Catalyst in Destiny 2

Season of the Risen

Savathun, the Witch Queen, and sister of The Taken King Oryx has returned. This time, the Light has sided with the Hive, creating the Lucent Brood. It was released in February 2022 and had Guardians return to Mars to partake in the new weapon crafting system before heading to Savathun's Throne World to foil her plot of stealing the Traveler.

As if that weren't bad enough, another pyramid was located in her Throne World. This led Guardians to the Vow of the Disciple Raid as their hands were already full with the Wellspring activity. Void 3.0 was introduced and saw the Light subclass reworked in a fashion similar to Stasis. In an effort to thwart the plans of Savathun, the Vanguard worked with the Cabal to infiltrate the minds of captured Hive and figure out their schemes.

Season of the Haunted

Calus returned in May 2022 with his Leviathan and attempted to commune with the pyramid on the Moon. In order to stop him, the Guardian, Crow, Commander Zavala, and Empress Caiatl boarded the gargantuan ship and confronted their worst nightmares. Solar received the same update that Void had in the previous expansion and the new Duality Dungeon was released. The Solstice was reworked for its return this year.

In August of 2022, Eramis, Kell of Darkness broke free from her prison. The Guardian, working with Mithrax, Eido, and the Drifter takes to the cosmos to do pirate-style battle with the Spider's ketch. The last of the Light subclasses, Arc, saw its 3.0 rework. The Kings Fall raid from Destiny's The Taken Kin expansion also returned to challenge Guardians in new and exciting ways.

Lightfall is planned for release on February 28, 2023. It will have the Guardian traveling to Neptune to do battle with a reshaped Calus. Along the way, they'll meet the Cloud Striders, a new alien Race. They'll also learn to harness the power of the Strand, a new class of power focused on pulling at the strings of reality.

All Destiny 2 DLCs and Expansions