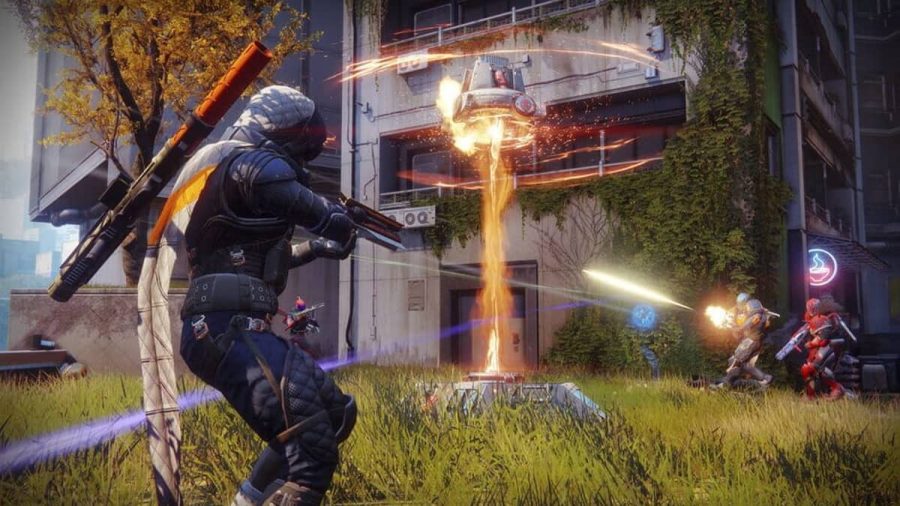 Akin to Gearbox's Borderlands series, weapons are a huge deal in Destiny 2 PvE and PvP. Players are constantly farming content to buy them, loot them, and shoot them as quickly as possible. However, there are a ton of weapons and weapon types. Take Kinetic weapons, for example. They don't sport any fancy elemental damage but can more than make up for this with the punch many of them pack and the incredible perks they can come with. This makes these weapons quite powerful. Here's our list of some of the best Kinetic weapons in Destiny 2.

Sporting great stats along with amazing range potential, Heritage is a fantastic slug shotgun choice. It hits like an absolute truck in PvE, especially when sporting the combination of Reconstruction and Recombination. Reconstruction will passively load slugs into Heritage while Recombination will make the next shot deal increasing damage as you kill enemies with other weapons. As for PvP, Hip-Fire Grip and Moving Target offer unreal stability and accuracy, making headshots with Heritage a breeze.

Looking to lock down an objective? Deal heavy damage in a large area? Maybe you're looking to decimate enemies with explosions? The Witherhoard grenade launcher can provide all of these boons and more due to its payload of Taken Blights that explode on impact and leave behind an AoE damage-over-time on the surface they hit. This makes it great for DPS on bosses. A direct shot from the weapon can even shut down opposing Guardian supers in PvP. For a weapon that can cover literally any situation (or area), Witherhoard is a fantastic Kinetic option.

Related: What to do with the Crude Cipher in Destiny 2

Considered by many to be one of the strongest weapons in the game regardless of scenario, Piece of Mind is able to lay enemies and Guardians low with its incredible fire rate and even better perks. For PvE, combining Overflow for more ammunition with Focused Fury for increased damage make Piece of Mind into a DPS monster. For PvP, Perpetual Motion and Elemental Capacitor combine to give Piece of Mind as much of a stat boost as possible, making it mathematically stronger than anything enemy Guardians could hope to bring to the table.

Sporting an unbelievably high fire rate and great damage per round to match, Submission's name says it all. It can put enemies to the ground quickly and easily. In PvE, taking Overflow and Frenzy increases the clip size to a staggering 80 rounds and helps you tear enemies apart in sustained firefights. In PvP, Killing Wind will reward you for kills by increasing your speed, handling, and weapon durations, while Encore will further reward kills with a stacking range buff. Stacking the range will allow Submission to start mowing down enemies from afar, making a stacked Submission a terror for other Guardians to face.

Related: Which Strikes have Fallen bosses in Destiny 2?

The hard-hitting hand cannon called Fatebringer outshines the competition with its potentially unrivaled perk flexibility. Sporting access to Explosive Payload and Osmosis in the first column alone would be enough to turn Guardian heads. But with access to Firefly as well, Fatebringer's name is a perfect description, bringing down fate regardless of who the target is. For PvE, the best choice is typically Explosive Payload for massive AoE damage with Firefly to further this effect and an added bonus to reload speed. In PvP, take Explosive Payload again, but supplement it with Eye of the Storm to boost handling significantly as your health gets low.

Looking for more info on Destiny 2? Check out Destiny 2 Austringer God Roll and Best Perks for PvE and PvP and How to complete the Salty Smith Triumph in Destiny 2 from Pro Game Guides!

Best Kinetic weapons in Destiny 2 for PvE and PvP