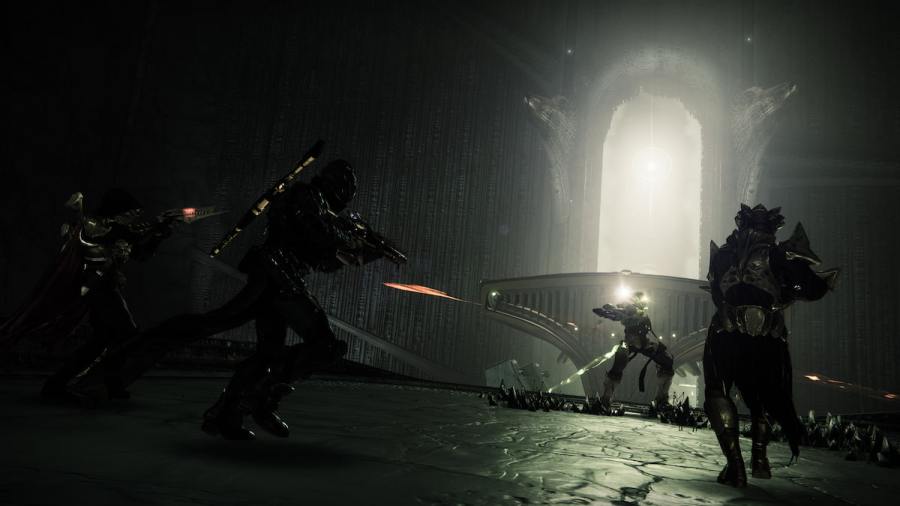 Those looking to get the fancy Kingslayer title in Destiny 2 have some work. With close to two dozen challenges to complete, Guardians not only have to learn the normal encounters in the King's Fall raid but also variations on each fight. Fortunately, those like the Daughters of Oryx Challenge aren't too bad. Here's how to get it knocked out.

The Under Construction Challenge is extremely straightforward. To complete, Guardians must not stand on the same plate twice during the entire encounter. This one can be completed with a little teamwork and some coordination, and the Triumph claimed.

Related: How to redeem codes in Destiny 2

What we've found works best is to set up a rotation. With two teams of three, a Guardian can start on a plate, rotate with the coverage in the middle, and then swap to the other plate on their side. Once that circuit has been done, the two teams switch sides. That's assuming that plates are called out evenly. Communication is even more crucial on runs where that isn't the case. Keep the comms open, chatter at a minimum, and use callouts like "Player Name on L2."

Destiny 2: How to complete Daughters of Oryx Challenge in King’s Fall Raid