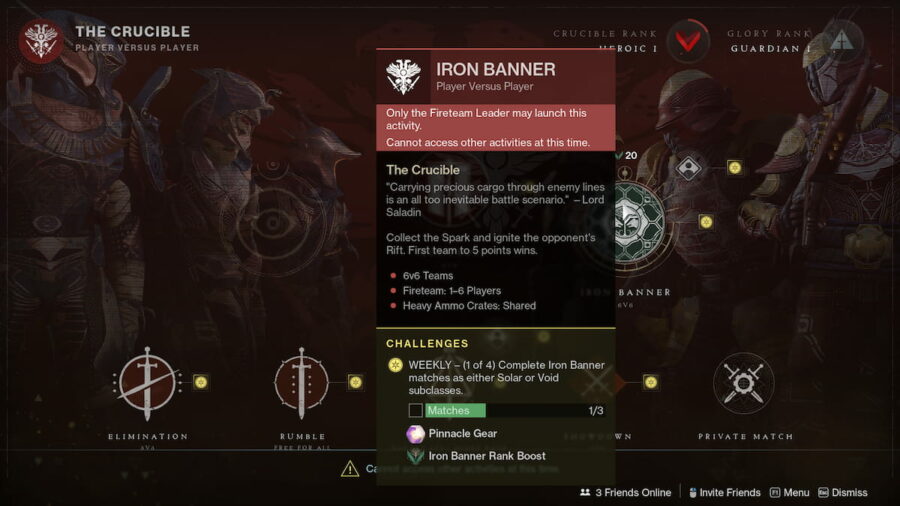 Iron Banner has been completely reworked with Season of the Haunted in Destiny 2. Part of that is a six-part quest with a confusing quest step. The second step requires Guardians to complete a Daily Challenge, but Bungie gives no indication in-game of what this is or how to complete it.

What is the Iron Banner Daily Challenge?

Related: How to complete Forging Iron quest in Destiny 2 – Season of the Haunted Iron Banner

It's something that can easily be missed, and why Bungie opted to handle it this way is confusing. The Iron Banner rework has been received poorly, and this misstep only adds more fuel to that fire.

The main issue that is angering the fanbase is replacing Control with Rift. This mode was initially released during the Taken King expansion in the original Destiny. Feelings on this were generally positive. However, it would appear the luster has worn off as the bulk of the community is up in arms. It will be interesting to see if Bungie corrects course or stays the path with the second Iron Banner later this season.

Destiny 2: How to complete the Daily Challenge in Iron Banner