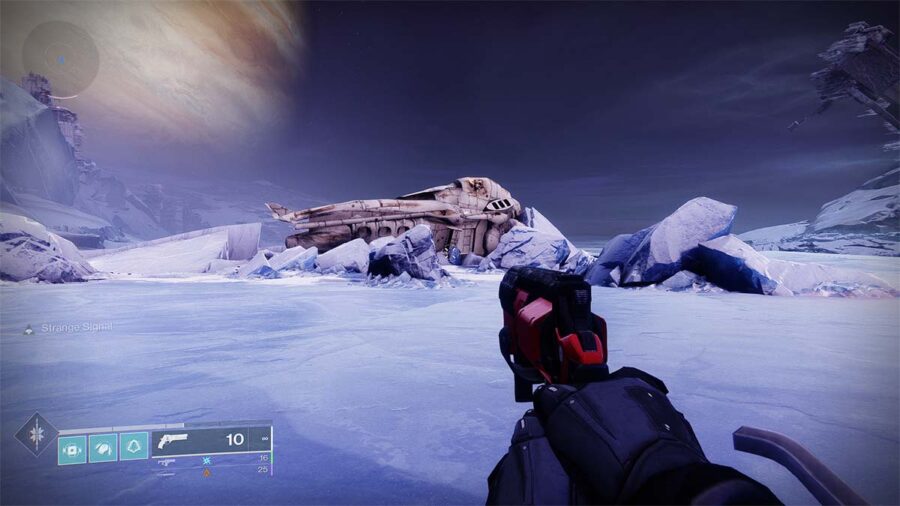 Destiny 2: Beyond Light players may have noticed a flashing "Strange Signal" message on their screen when on Europa. In order to further investigate this message, they will have to fight a Venator in the northern end of Asterion Abyss. It is hard to miss, as it is a yellow bar enemy. Once players defeat this foe they will obtain the Strange Signal buff.

At this point, Destiny 2 players must head to an alcove in the southeast of Asterion Abyss where they will be a large Vex construct with a tunnel. Inside that tunnel will be a Nexus with a non-hostile Vex and a Splinter of Darkness. Interacting with the Splinter will activate the Test of Darkness.

Once the Test starts platforms will appear, as well as another Splinter. Players need to make their way to this new Splinter and shoot the Vex Diamond above them. This causes a new platform to spawn with foes to take out. Repeating this process will eventually spawn a boss.

Once the boss is defeated players will get a loot chest for completing the quest.

For more Destiny 2 guides, check out How to get Bright Dust in Destiny 2 on Pro Game Guides.