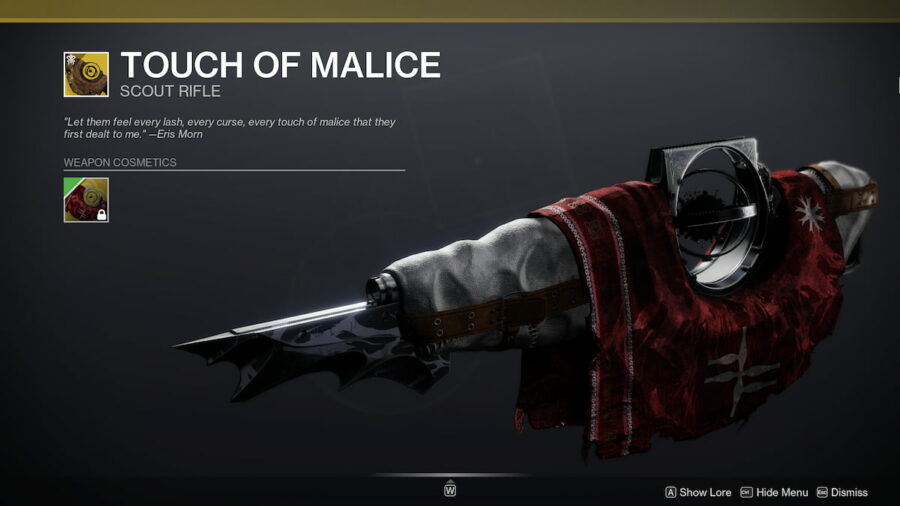 One of the Weapons of Sorrow has returned alongside a classic Destiny raid. Touch of Malice is a fearsome Exotic scout rifle with the rare ability to kill its user should they not be careful. Here's how to obtain the legacy of Oryx.

Where to find Touch of Malice in Destiny 2

Touch of Malice is a random drop for completing the final challenge in the King's Fall raid. After braving the horrors of the Dreadnaught and taking down the Taken King himself, it all comes down to RNG. Like Vex Mythoclast and One Thousand Voices before it, luck is all that stands between your hard work and this dreaded Exotic.

Related: What does the Delicate Tomb Catalyst do in Destiny 2?

Touch of Malice Stats and Perks

How to get Touch of Malice in Destiny 2