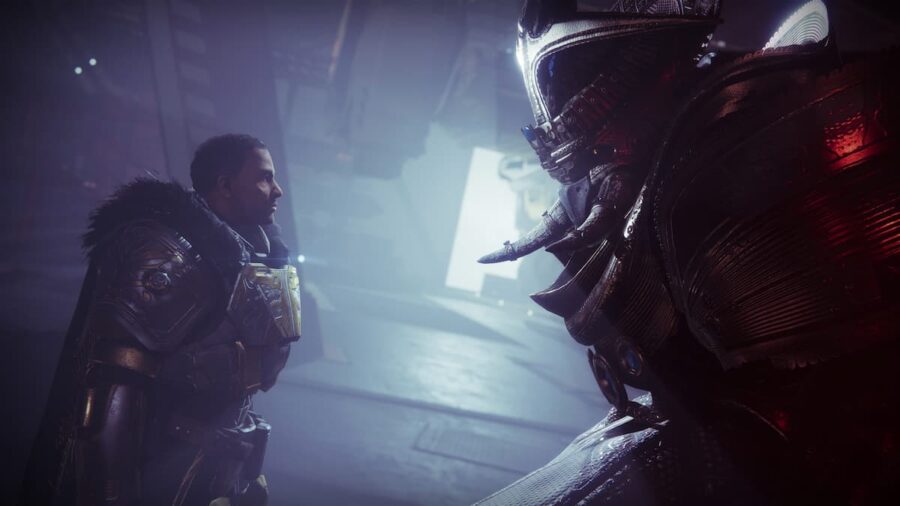 A seasonal story model, rather than a strictly expansion-based one, has led to a much more enjoyable and consistent Destiny experience. However, it can be hard to keep up with these story elements, especially for fans who like to take long breaks from the game. Since the seasonal story is eventually removed from the game, some of the players who opt to take breaks may miss some very important story beats. So, here is a summary of what happened during the Season of the Risen storyline.

Destiny 2 Season of the Risen summary

The Season of the Risen storyline starts off with Lord Saladin and Commander Zavala meeting with Empress Caiatl in the Tower Hangar. Zavala and Caiatl agree that an alliance is the best course of action to deal with the Lucent Hive threat.

The Empress forgives you for what has transpired between the two of you in the past, and she informs you of this season's Artifact, the Synaptic Spear. It is a weapon forged with Light-suppressing Cabal technology. She asks you to find a powerful, light-infused Hive Lieutenant and use the Spear to sever its connection with the Light.

Saladin then tells you that before the Hive Lieutenant dies, the Cabal will capture it and study their mind. Under the watchful eye of Lord Saladin, a trusted Psion will perform a psychic analysis in order to find out the mystery of what happened to our Guardians. You head to the EDZ to sever the Hive Lieutenant's connection with the Light and capture them for study.

The psychic analysis done on the captured Hive Lieutenant was successful. We learned that the Hive is planning something in the Cosmodrome. Caiatl also explains that the information recovered from the first captured Hive is not complete and that they will need another. You head to the Cosmodrome to shut down the Hive Lieutenants operation, sever its connection to the Light, and bring it back for more analysis.

When you bring the Hive back to the Tower, Crow voices his concern, stating that this type of analysis doesn't seem merciful. Lord Saladin explains that he does not like the methods the Cabal are using either but finds that it is effective and the information gathered is too important. A rift begins to form between him and Crow, but in an effort to talk sense into Crow, Lord Saladin tells of a time when he made the wrong choice in the name of mercy, and it ended up costing innocent lives.

Zavala then reaches out to you to explain that he does not like the idea of Psychic manipulation. However, since this is a weapon used against us, we needed equal countermeasures to deal with it. So the Cabal's containment unit holds the Hive in a painless limbo, neither alive nor dead. This way, the Psion can study their mind and extract information.

You head into the Cosmodrome once again and recover yet another Hive Lieutenant to analyze. The pieces are slowly coming together, but the Psion is in need of another mind to study. All the while, the Crow is still struggling with his feelings about this strategy. He doesn't understand why the Hive take Guardians' Light if they already have their own.

Lord Saladin explains that he spoke to the Psion running the psychic analysis. He found it very revealing, as the Psion does not necessarily agree with the analysis of unwilling hosts, either. However, he feels a great sense of honor and duty to his close friend, Empress Caiatl. Lord Saladin suggests that The Crow should speak to this Psion as well, as it may help to settle his mind.

The Psion has finally extracted the Hive's plan from the minds of the Hive Lieutenants. They are attempting to overtake the Scarlet Keep on the Moon and sieze it from Xivu Araths forces. If they are successful, they will use the stockpiled Light that was harvested from Guardians in order to summon Savathûn's Throne World to the Moon. From here, they would be able to launch a full-scale invasion of Earth and take our place as Guardians. You head to the Moon to stop the Hive ritual that would summon Savathûn's Throne World.

After stopping the ritual on the Moon, the threat subsides for the time being. However, during the battle, Crow went radio silent. Lord Saladin finds him at the Tower in the psychic containment room. The Crow went silent, as he was shutting down the analysis. In doing so, Crow accidentally killed Empress Caiatl's most trusted Psion. He is apologetic but does not regret his actions, as he feels that what the Vanguard was doing to these Hive was terrible.

When Empress Caiatl finds out what happened to her emissary, she demands a life for a life. The Crow is willing to accept this fate, as he did what he felt was right. Lord Saladin steps in his place and states that Caiatl can take his life instead of Crow's. Empress accepts this offer but instead sentences Lord Saladin to the fate of serving on her War Council for the rest of his days.

Lord Saladin explains that he made this choice because the alliance between Cabal and Guardians is more important at the moment. Zavala would have ended the alliance to protect one of his own, and Lord Saladin could not allow that. Empress Caiatl will allow Saladin to continue running the Iron Banner, and she even has some ideas of her own for it.

In the Short time since Saladin has been on Empress Caiatl's War Council, he has been challenged to six RItes of Proving. He prevailed in every one of them, including one versus a member of the War Council, which he defeated in one blow. This earned him the respect of the Cabal and the title of Valus.

Saladin, now Bracus Forge, started a version of Iron Banner aboard Caiatl's Warship at her request. He has even begun calling his legionaries "Iron War Bests." The Empress is impressed at how quickly a human was able to rise through her ranks, and it makes her excited for the future together.

This season's story is believed to be over, with Week 5 serving as a sort of epilogue. However, if there are any more story updates, we will update this guide with that information. This season was a little shorter than others, likely due to it launching alongside The Witch Queen expansion. However, its story contributed to the larger Destiny plot, and we are excited to see where the story goes from here.

For more Destiny guides, check out What is the Destiny 2 Stingray Error Code? right here on Pro Game Guides.