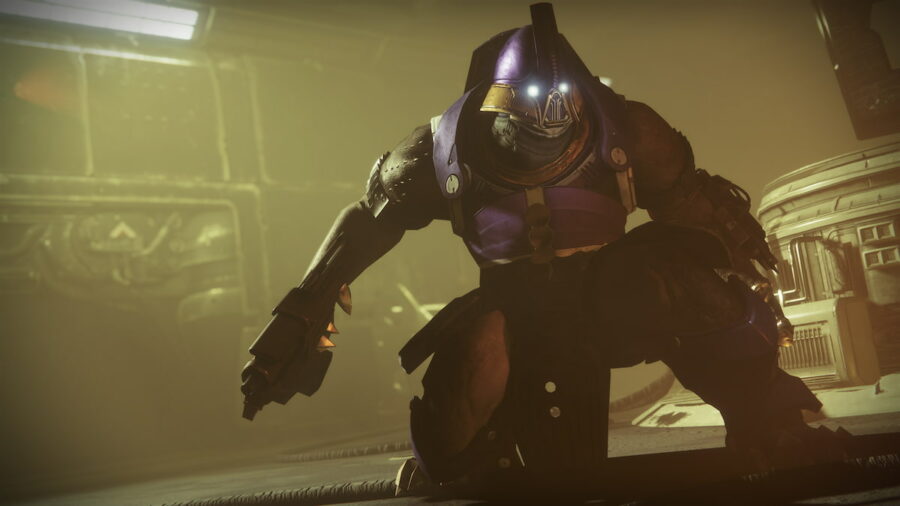 The Destiny series is no stranger to fantastic alien races as it lives squarely in the realm of science fiction. One such alien race that has undergone quite the shift is the Cabal. A proud militaristic race of what are essentially space rhinos, the Cabal are first encountered on Mars in the original Destiny. From there, it's best to buckle up as this will be a bumpy ride.

The Cabal are heavily inspired by the Roman empire from a design perspective. They hail from their home world of Torobatl, once the capital of their mighty empire. Together with the Psions, whom they conquered, the Cabal are hell-bent on the conquest of the galaxy and will stop at nothing to see that happen.

Related: What is Pinnacle Gear in Destiny 2?

As the Cabal entered the Sol system, they set up encampments on Phobos before invading Mars. It was here that they encountered the Vex and went to war with the living machines. While the might of the Cabal empire was struggling to regain its balance, a schism was happening within. Emperor Calus was seen as weak for moving the Cabal culture away from war to one of art and self-indulgence. Numerous factions within the military began to side with Dominus Ghaul. However, before anything could happen, the Taken King Oryx appeared and began taking large swathes of Cabal troops from across the system.

Under orders from Ghaul, Primus Ta-aun, leader of the Skyburners, crashed his ship aboard Oryx's Dreadnaught to establish a beachhead. Thanks to the efforts of the Guardian on the Dreadnaught, the high-ranking Cabal were personally slaughtered. With no help able to reach them, the remaining Cabal forces on the beachhead were eventually overrun by the Taken and the Hive. However, a message for help still managed to get out. This would prove to be disastrous to the Last City.

In between Destiny and Destiny 2, Dominus Ghaul had managed to execute his coup and exile the former Emperor Calus. With a unified Cabal serving as the Red Fleet, Ghaul managed to invade the Last City and trap the Traveler, taking away the Light from Guardians everywhere. It was only thanks to the Guardian making contact with a fragment of the Traveler that their Light was restored and they were able to lead a counterattack to kill Ghaul and reclaim the Traveler.

Shortly after this, Calus appeared off of Nessus and invited Guardians to join him. Should they prove their worth, they could work for him as his Shadow of Earth. Promising vast wealth and targeted loot farms, many Guardians took the deposed Emperor up on his offer. Several raid teams were also sent to the Leviathan, Calus' world-eating ship, to aid the former Emperor in cleaning out infestations by the Hive and other foes. After some time, Calus and his ship vanished from Nessus' orbit with many wondering where it had gone.

Related: Destiny 2 – Bountiful Wells Mod, explained and how to get

Meanwhile, Emperor Calus' daughter had ascended the throne back on Torobatl. Unfortunately, their home world was destroyed when it was invaded by one of the Hive rulers, Xivu Arath. Umun'arath, previously a prominent member of the Cabal War Council, let her fascination with the Hive turn to worship. With the help of Savathun, she opened a portal for the Hive god of war to overrun the planet. Since then, the Cabal headed towards the Sol system in order to shore up defenses for the inevitable pursuit from the Hive.

It was here that Caiatl met with Commander Zavala and the former Commander Osiris, who was actually Savathun in disguise. Caiatl was willing to negotiate with the Vanguard in order to unite their forces. However, who would be at the top of that chain of command was hotly contested. It was through a rite of proving, led by the Guardian, that the Vanguard came out on top. With their forces consolidated, things were beginning to shift in the Destiny universe. Rather than having individual races against one another, it was becoming a matter of Light versus Darkness.

At this point, the Cabal was broken into three factions. Caiatl and her Blue Legion were allied with the Vanguard and the Eliksni House of Light. The fractured Red Legion has joined up with Eramis of House Darkness and works to further the goals of the Witness. Finally, Calus had returned and stationed his Derelict Leviathan around the Moon in order to commune with the Pyramid hidden there.

Calus' forces consist entirely of clones at this point, mindless soldiers whose only will is that of their master. Calus himself is now a servant of the Witness and will lead a Pyramid of his own in an assault against Neptune in the Lightfall campaign.

The Cabal have gone through several incredible changes throughout Destiny's history with each making them all the more compelling. It's hard to think that they would become our allies, but now that they have, it's tough remembering a time when they weren't. While they are a proud race, the Cabal make for excellent allies in the war against the Darkness.

For more Destiny 2 goodies, check out Destiny 2 – Bountiful Wells Mod, explained and how to get on Pro Game Guides.

Who are the Cabal in Destiny 2? – Lore