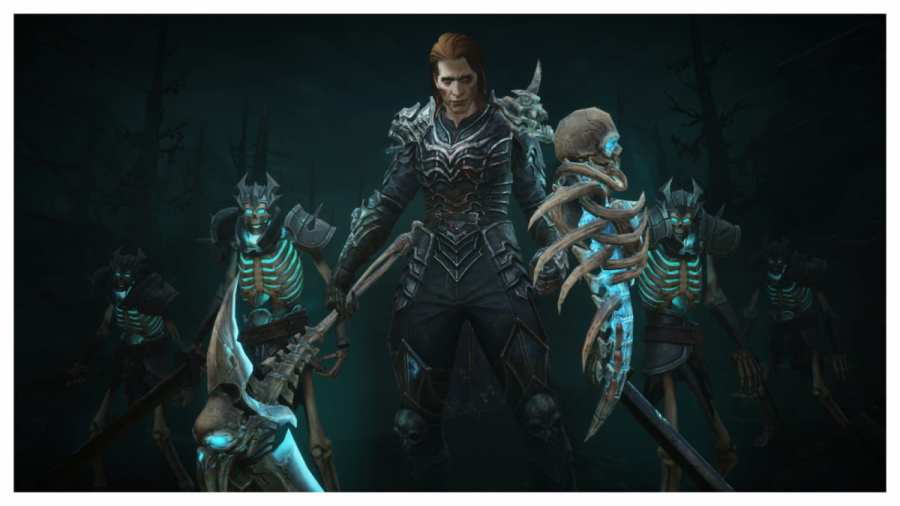 As was the case with Diablo 3, the end game of Diablo Immortal is shaped by the top players and, conversely, the top builds. The key to climbing the ranks of the greatest Diablo Immortal players will require plenty of skill, but the best build possible for each class will help to back that skill up. With that in mind, here is one of the top-performing Necromancer builds.

This build is a well-balanced Necromancer build that pokes its head into some of the class' best skills rather than fully committing to any single path. For example, while the build summons plenty of minions, it does not fully focus on just minions, instead choosing to invest in other skills and passives. With that in mind, below you'll find the skills for the build:

Like the skills, the gear for this build is balanced between all its skills, offering helpful boosts to each. This varies from something simple like duration increases to adding a completely new effect to a skill, changing drastically.

While the primary gear pieces spread their focus across all of the build's skills, the best set for the build, Shepherd's Call to Wolves, focuses entirely on buffing your minions. The set pieces can be found below:

The set reaches break points at two, four, and six pieces. At two, the wearer's summons deal increased damage. At four, each active summon increases critical hit chance. Lastly, at six whenever a summon critically hits an enemy, all of your summons enter a frenzy, increasing their damage and attack speed for a short time.

Related: How does Class Change work in Diablo Immortal?