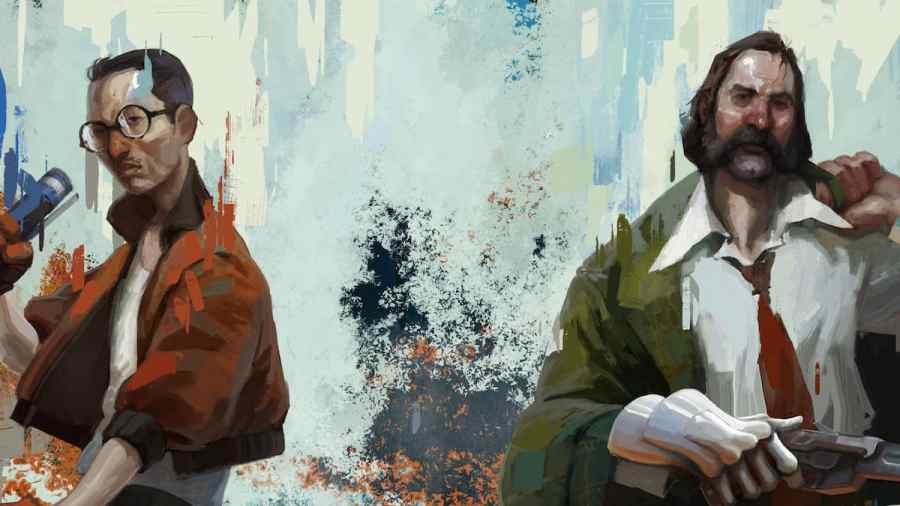 Disco Elysium is a game that can range from hilarious to existentially terrifying over the course of a single conversation. The game's skills have incredibly unique voices that speak up at unexpected times, resulting in some of the most out of pocket quotes we've ever heard. Here are the 12 best Disco Elysium thoughts we've heard.

Triggered by viewing a map of Martinaise, this quote acknowledges the flaws of your city, but refuses to let you lose hope. Martinaise may be a dead-end city with broken people, but it's yours. That alone, that sense of belonging, prevents you from condemning the city as a lost cause.

It's not that bad, right?

Okay, this one hurt. When your own brain's limbic system informs you of your foul odor, you know things are bad. We would give you context to this quote, but the fact that it comes from Harry's conversation with a corpse while disco lights pattern the floor doesn't exactly help it make sense.

As a detective, knowledge of a field autopsy is crucial. But, as a Jeopardy contestant, knowledge of the dormant shield volcano Corpus Mundi and the history of disco is the top priority. This quote reminds us of when we took exams in school, and while relevant information was hard to recall, the third verse of "The Piña Colada Song" existed rent-free in our memory.

Related: What is the pale in Disco Elysium?

We weren't expecting this level of truth from a game.

When trying to describe her husband, Lena falters, the words failing to cooperate and form a full sentence. The closer you are to someone, the harder it is to describe them in words. This applies to anything you love. Try explaining your favorite game to others and watch how the words don't comply.

The pain of sobriety gains a voice.

Nobody tells you the greatest peer pressure comes from your own mind. After refusing to pursue narcotics, the Electrochemistry skill speaks out, assuring Harry of how much better he would be if he gave in. The skill tempts you several times, trying to seduce you with the temporary pleasure of drugs, but Harry can choose to endure withdrawal and become sober.

Dance your heart out.

Prompted when Harry succeeds in dancing, this quote depicts what it feels like to finally let go. Harry's external circumstances may be dark and dingy, but there's something special going on in his heart. For a moment, his inhibitions lose their grip, and he's able to accomplish what he's wanted to do all along: dance.

I am the city.

In arguably one of the most memorable moments of the game, Harry hears the voice of the city itself. Rather than critiquing his detective methods, or ridiculing his struggles, the city proclaims that it needs him. Harry and the rest of the RCM are vital to the functioning of Revachol, and with care, the city itself warns him to be vigilant. The city loves him.

Related: Disco Elysium taught me how to live

My mother is a very nice woman, thank you.

Only in Disco Elysium can you experience quotes like "this is all you have, but it's still something" and "your *mother* is a necrotic object" in the same game. This quote is delivered by your very own necktie that speaks to you in your thoughts. It is an absurd concept, but in a game like this, we can't really be surprised.

Sometimes, people must live and learn.

In a scene where Harry has the option to diagnose a woman with emotional wounds from her childhood, he chooses to stay silent. There are some things people must learn on their own, and not be told by a complete stranger. Harry recognizes this line and respectfully holds his tongue.

Kim Kitsuragi is known for many things, including being a member of the RCM, having a strong sense of duty, and being an excellent detective partner. However, his greatest strength came as a surprise to Harry. The lieutenant is able to exercise psionic control over others, with his staggering authority and a single eyebrow.

She's heard these questions before.

Lena has been asked several questions about her condition as a paraplegic. This is evident by her response to Harry's question, which is calm and understanding. She does not respond cynically, or with disdain. Rather, she accepts Harry's question as an honest curiosity, and replies accordingly.

Ride until you die.

It's difficult to be a detective in this economy. Prices are high, and the financial state of the world is brutal. In this quote from Savoir Faire, the skill encourages you to become a hustler. Revachol's economy may be cruel, but it'll have to try harder to break you.