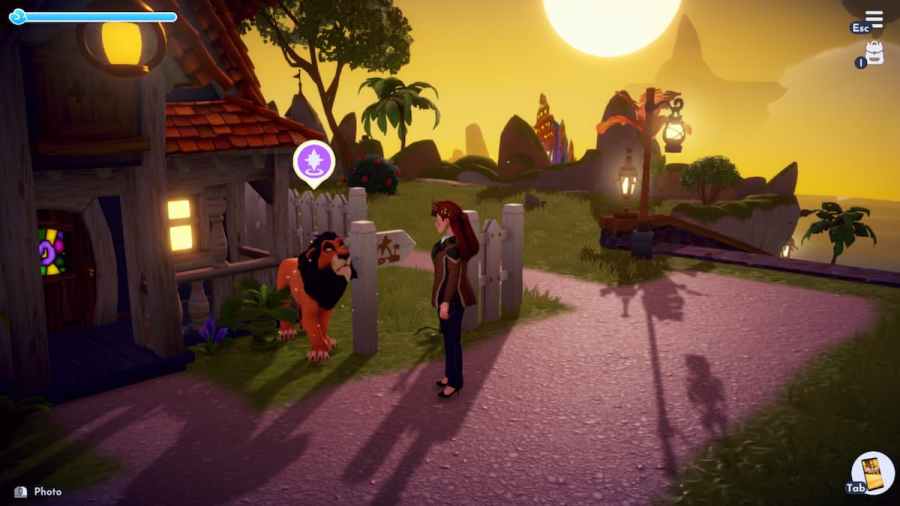 Disney Dreamlight Valley tries to maintain the integrity of its characters, even though they are now all together in one big village. Scar, for instance, continues to manipulate others and lie to get what he wants, as you can see in his first friendship quest, Friends Aren't Food. Here's how you complete it.

To start the quest, you'll need to have reached friendship level two with Scar and have at least invited Remy back to your Village. The quest begins by talking to Scar, who seems to be in a terrible mood. He won't tell you why, though. He thinks you need some more formal attire to be fit to speak with him. He'll send you to see Mother Gothel. While her suggestion of turning Scar into clothing is tempting, instead you'll need to gather these items:

Bring them all back to Mother Gothel who will sew you the Brown Faux-Fur-Trimmed Jacket. You'll need to put it on and show Scar, who will finally tell you what's been bothering him. He's hungry. You suggest that maybe Remy could whip him up something (even though Scar would sooner eat Remy instead, apparently.) Go to see Remy, who suggests some nice sushi dishes to feed to Scar. You'll be given the recipes from Remy if you don't have them already. You can read them from your inventory. Then go to prepare two of each dish:

Take the dishes back to Remy for a final check. Then you'll follow Remy to take the fish back to Scar. He's still picky, but the fish is good enough. Talk to Scar one last time to complete the quest.

How to complete Friends Aren’t Food in Disney Dreamlight Valley