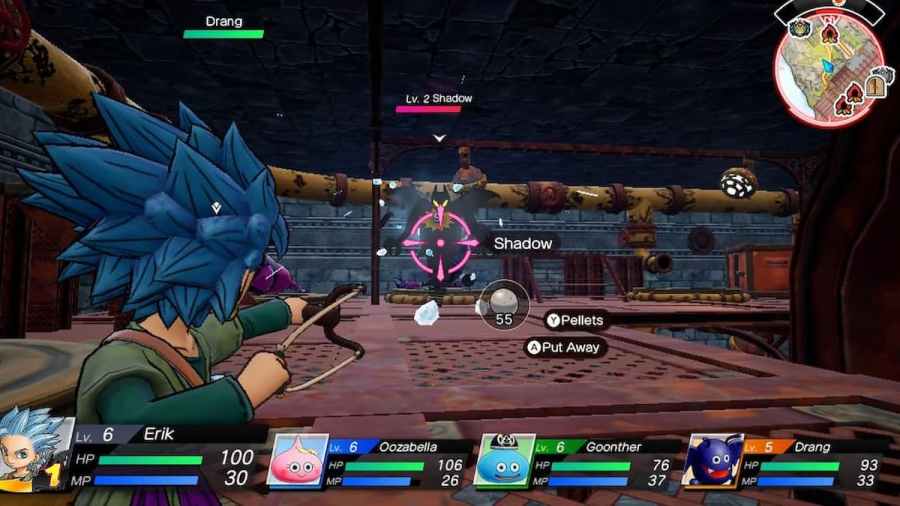 Dragon Quest Treasures features a unique form of action-oriented combat. It reminds us of the Gambit System from Final Fantasy XII, where it is more important to manage your party, rather than focus on individual character actions. Instead of using set parameters to influence when party members are healed, etc., Dragon Quest Treasures gives you a catapult, or a slingshot, to control the battlefield. Here's how to use the catapult effectively in Dragon Quest Treasures.

How to use the Catapult System in Dragon Quest Treasures

After you've used your catapult to knock down Purrsula and Porcus, Dragon Quest Treasures largely leaves you to your own devices to figure out the controls and usefulness of your catapult. Erik and Mia don't tend to do much damage via physical attacks. Instead, you'll be using your catapult system frequently to keep your party in good health, tame particular monsters, or take advantage of enemy weaknesses.

Once you've been introduced to combat on Paternoggin Island, you'll quickly collect and be able to use more than basic pellets. Pressing Y while in your aiming mode will thankfully pause combat while you select pellets. If you can't find a pellet you're looking for, it may be because the pellet menu is organized by category. Say you want to use Spiky Pellets, but can't find them. You'll need to use your left and right arrow keys to highlight the Physical category, then the up and down arrow keys to select which physical pellet you'd like to use.

There is an auto-aim function for your catapult, but you'll need to press the L and R button to switch targets while continuing to hold the ZR button. Combat continues while not paused when you try to switch targets. This can make the task of being the healer of your party a bit difficult, as you cannot remap button configurations in Dragon Quest Treasures.

Looking for more of our Dragon Quest coverage? Check out All Dragon Quest games in order of release here at Pro Game Guides.

How to use your catapult effectively in Dragon Quest Treasures