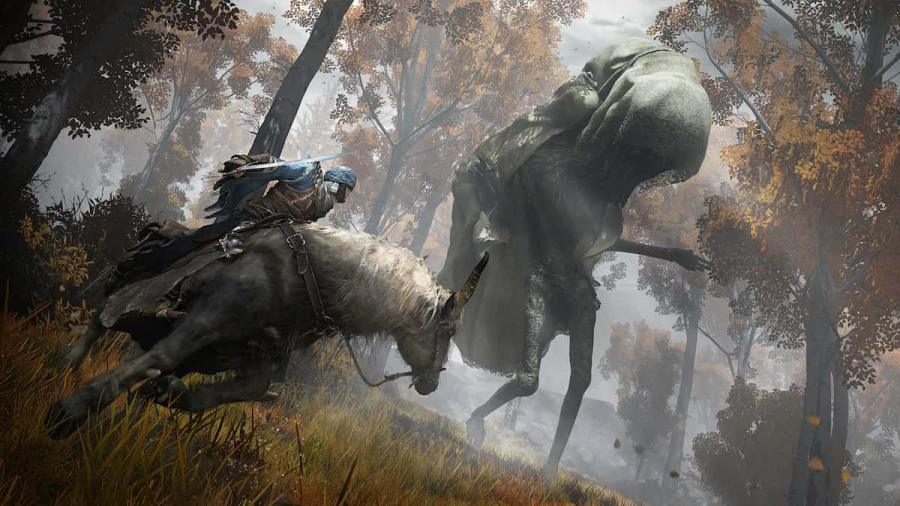 Elden Ring is a game known for its breathtaking landscapes and lovingly designed levels. The game is bursting with life and death simultaneously, and that juxtaposition creates great beauty. With everything from the crimson skies of Caelid to the intricately crafted Leyndell, Elden Ring has dozens of scenic locales. Here are the best Elden Ring wallpapers.

This wallpaper captures the essence of our dearest friends: the jars. In this wallpaper, they huddle around a Site of Grace, perhaps mimicking the actions of their Tarnished ally.

You Shouldn't Be Here

Ah, the horror of walking into an unwelcome location. This wallpaper portrays the darker lore of Elden Ring, simulating the moment we first entered Stormveil Castle and glimpsed the craftsmanship of the Grafted himself.

This wallpaper encapsulates the moment when weapons meet- the initial strike that begins each battle. In this scene, the Tarnished have finally mustered up the courage to provoke an insurmountable force, letting their weapons decide who history will remember.

Related: What is the main story of Elden Ring? Plot Summary

This wallpaper represents the first moment the player enters Limgrave, and a narrow crypt gives way to a vast world. Although the region of Limgrave is a fraction of the total map, for a new player, it is everything they know.

This wallpaper reveals the region of Liurnia upon exiting Stormveil Castle. It is staggering how players can explore everything seen in this image. This view makes the scale of Elden Ring tangible and creates a sense of wonder.

The City Bathed in Light

When players enter the East Capital Rampart, they are treated to this beautiful view of Leyndell. The golden rooftops reflect the light from the Erdtree, illuminating the city with soft light. This wallpaper portrays the reveal of Leyndell, as well as the subsequent wonder of the player.

This wallpaper was shot near Rotview Balcony and captures the beautiful crimson clouds that float over Caelid. Although Caelid is widely feared and disliked for its difficulty, the region is morbidly stunning.

This wallpaper of Caelid may seem forlorn at first glance, but the Minor Erdtrees on the horizon represents a sprig of hope. These golden beacons break the sea of red clouds and remind the land that it is not forgotten.

A Momentary Lapse of Vision

This wallpaper was shot near the Forest-Spanning Greatbridge and illustrates the early morning fog of the Altus Plateau. The landscapes of Altus Plateau are typically accompanied by a golden sky, but in the mornings, these locations are covered in rich fog.

The Decimation of Time

This wallpaper was shot in the Church of Repose, located on the Mountaintops of the Giants. This area may be close to the Erdtree, but it is not exempt from the destruction of time. Even so, a Site of Grace exists amid this demolition, connecting the place to the origin of hope.

For more Elden Ring content, come check out How to install mods for Elden Ring here on Pro Game Guides.